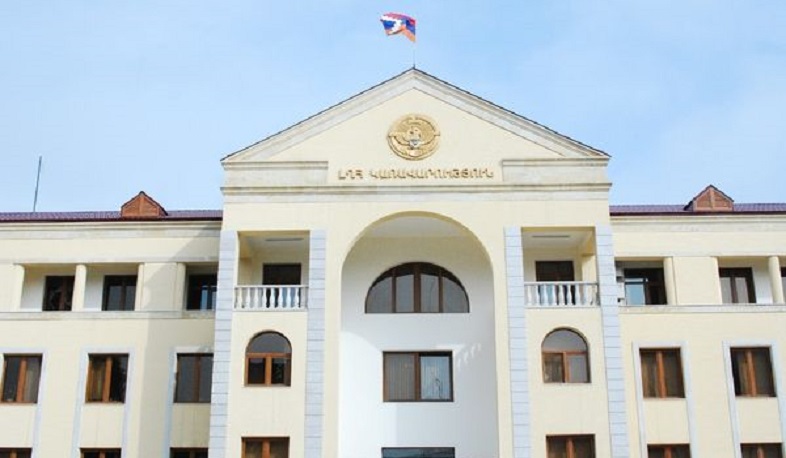 Nagorno-Karabakh Government developed a draft law ‘On the occupied territories’

The Government of Nagorno-Karabakh has developed a bill ‘On the occupied territories’, which, after being adopted by the executive body, will be sent to the Parliament. State Minister of Nagorno-Karabakh (Artsakh) Artak Beglaryan stated this on his Facebook page, Analitikaua reports.
“The purpose of the bill is to assign a legal status and a special legal regime to the occupied territories captured (occupied) in 1991-94 and 2016, as well as in 2020 after the military aggression against Artsakh carried out directly by Azerbaijan, Turkey and hired terrorists in 2020,” Beglaryan stated.
According to him, the law will also determine the features of the activities of state and local government bodies, as well as the protection of rights and freedoms, the interests of person and citizen, legal entities. And the responsibility for their violation, in accordance with the norms and principles of international law, lies on Azerbaijan, which occupied the territories.
“By adopting the law, all those settlements of Artsakh that are under the control of Azerbaijan will receive the status of an occupied territory, and it will also be fixed that they are an integral part of the country and our Constitution and laws apply to them. The law will also stipulate that the entry, exit and movement of foreigners in the occupied territories is allowed only in the manner prescribed by the legislation of Artsakh. And violation of this order will lead to the consequences established by the legislation,” he stressed.
The Minister of State noted that economic activity in these territories will also have legal consequences. The law will also secure the ownership of the property remaining in these territories, and the violation will lead to the consequences established by the legislation of Artsakh. Beglaryan also stressed that the activities and decisions of any legislative, executive, judicial body, state administration body or local self-government body established in these territories will also be considered illegal.
Views 35