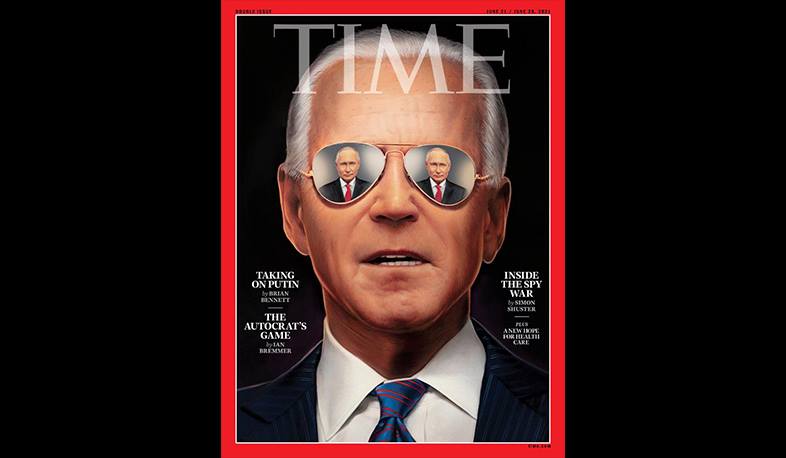 Time, one of the leading American socio-political magazines, dedicated the cover of the upcoming Russian-American summit in Geneva. This issue of the publication went on sale on Friday, TASS reports.

The cover features a portrait of US President Joe Biden wearing dark glasses. Each lens reflects Russian President Vladimir Putin. Next to the picture are the headings of articles also devoted to the upcoming summit: ‘Dealing with Putin’, ‘The Autocrat’s Game’ and ‘Inside the Spy War.’

The topic of the upcoming meeting in Geneva has become one of the main topics on the American political agenda in recent days. The press - both democratic and republican - regularly raises questions about whether Biden will make concessions to Putin and whether the upcoming summit is some kind of ‘reward’ for Moscow.

Putin and Biden will meet in Geneva on June 16. It will be the first Russian-American summit since Putin’s talks with outgoing US President Donald Trump in Helsinki in July 2018.