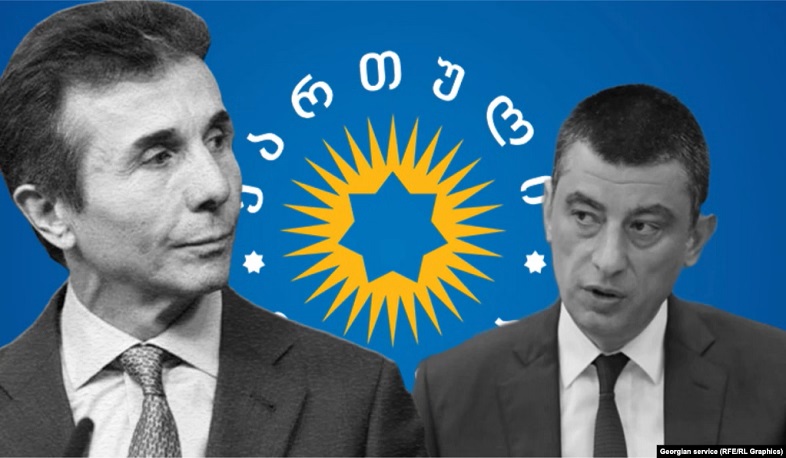 In his first letter after leaving politics ‘for good,’ the Georgian Dream founder, Bidzina Ivanishvili accused former Prime Minister Giorgi Gakharia of betraying both the ruling party and the country with his resignation over opposition leader Nika Melia’s detention in February, civil.ge reports.
Dismissing the rumors of Gakharia’s new party being his satellite project, Ivanishvili said it would be “absolutely unacceptable” for him to continue political cooperation with the former Prime Minister. “What Giorgi Gakharia did in February… causes astonishment,” even against the background that “we have witnessed countless political misdemeanors all these years in Georgian politics”, Ivanishvili noted.
“One of the leaders of the ruling party and the most powerful official resigned with a timing impossible to understand, with an unheard-of reason, not to exercise the rule of law,” the GD founder went on, adding that Gakharia “demanded to postpone the law enforcement for two days, about which we have not yet heard a convincing explanation.”
Ivanishvili said “such an action by the highest official, with the degree of its incomprehensibleness, might hardly have anything comparable in the world history of politics,” adding that “all of this left me dismayed.”
The ruling party founder then criticized Gakharia’s new party for having “no ideological or conceptual basis,” being instead established “as a situational tool” to take away the Georgian Dream votes.
Ivanishvili also commended the Georgian Dream party’s “strong, progressive and experienced” team for navigating through the political hardships, noting that although two high officials left their positions (meaning Gakharia and former Speaker Talakvadze– editor’s note) after his departure from politics, the country keeps functioning stably.
He highlighted that the Georgian Dream’s strength does not depend on particular individuals and that the ruling party “loves the country, [and] has values” as opposed to its arch-rival, the United National Movement. The latter, Ivanishvili said, fully relies on a “domineering leader with a grave criminal record” – meaning Kyiv-based former President Mikheil Saakashvili – whose departure would mark the “immediate collapse of the party.”
“One of the biggest results that the GD achieved together with me and then by my [subsequent] departure from politics, was bringing an end to the faulty tradition of messianism and cult of personality in Georgia,” Ivanishvili concluded.
Views 17