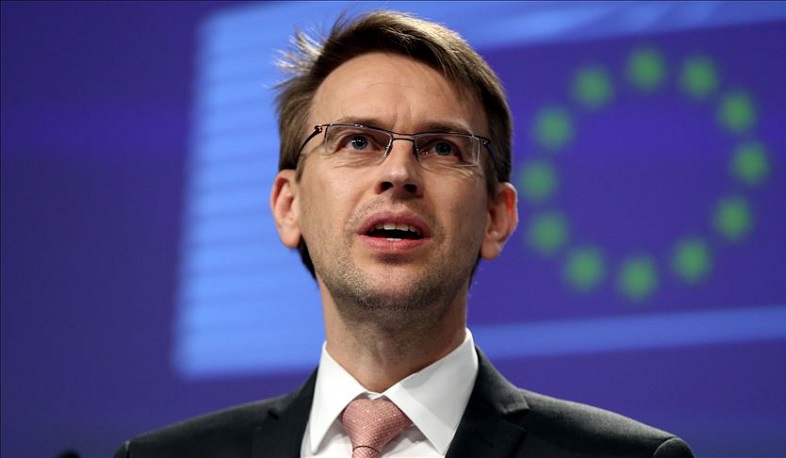 We urge Azerbaijan to release all prisoners of war and detainees without delay: EU Speaker

“Recent developments on the Armenian-Azerbaijani border are dangerous and worrying. Tensions must be eased immediately. The European Union urges both sides to refrain from further movements and actions by the armed forces.

Both sides should withdraw to their pre-May 12 positions; both sides should be involved in border demarcation negotiations. We continue to urge Azerbaijan to release all prisoners of war and detainees without delay. We welcome all efforts to reduce tensions, including proposals for a possible international monitoring mission,” reads the statement of Peter Stano.

According to him, the EU is ready to provide expert assistance, to assist in the implementation of border demarcation and delimitation works, as well as to support the necessary confidence-building mechanisms aimed at moving towards lasting peace and prosperity in the South Caucasus.