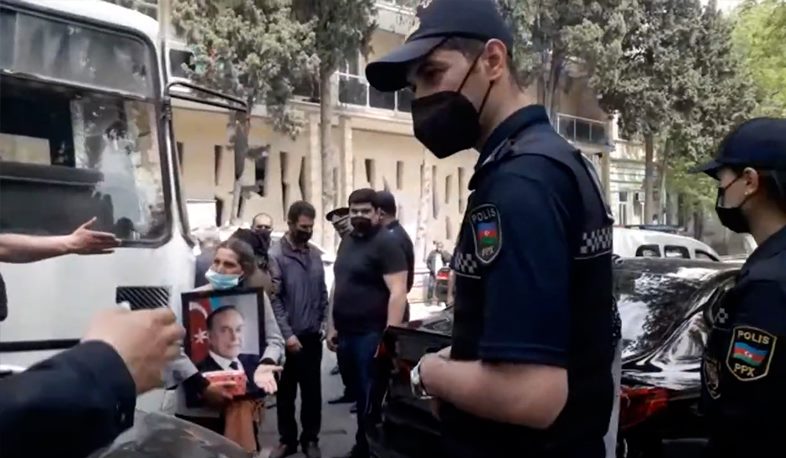 On May 24, a group of residents of the Khoshbulag (Khachaghbyur) village of the Dashkesan region held a protest rally in front of the Presidential Administration building, Turan reports.

The villagers complain about the difficult social situation, claiming that the lands for arable land and pastures of the village were transferred to the use of rich people for a bribe.

The police intervened in the action, the protesters were pushed away from the building of the Presidential Administration. The villagers blamed the head of the Dashkesan District Executive Power.

“The rural community are helpless. We bought pipes with our own money, since all the pipes were sold. There is no gas, no water, no paved road in the village. other occupation than keeping cattle and sheep. Since our fields are sold for arable land, we cannot use them. How can we live? We came to get an answer from the Presidential Administration to this question,” said Rena Bagirova, a resident of the village.

Another resident complained that his son, who died in the war, and another son, a war veteran, have land plots. However, these lands were sold to wealthy people who built their villas on them.

The police intervened in the action; the protesters were pushed away from the building of the Presidential Administration.

The village of Khoshbulag in the Dashkesan region is 420 kilometers west of Baku, on the border with Armenia.