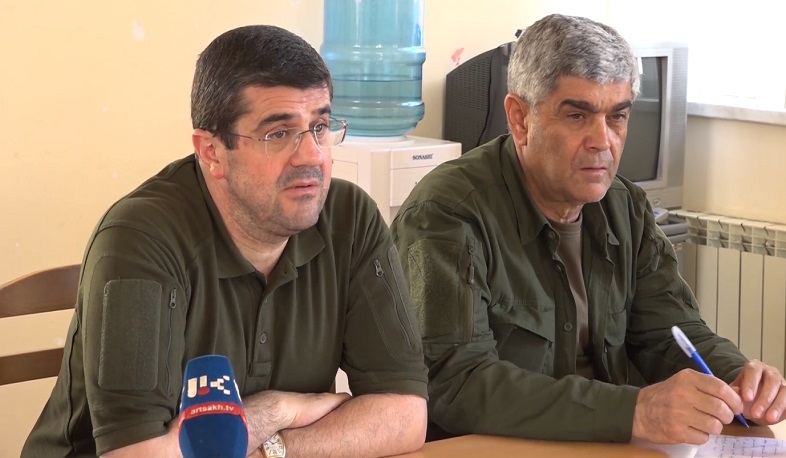 On 16 May, Arayik Harutyunyan, President of the Artsakh Republic (Nagorno-Karabakh) paid a working visit to Yeghtsahogh, Mets Shen, Hin Shen and Lisagor communities of Shushi region and had meetings with the residents.

The security, socio-economic challenges and problems in the post-war period as well as the steps to be taken to solve them were discussed.

Speaking about security issues and guarantees, Harutyunyan stressed that the Defense Army and the Russian peacekeeping force ensure the security of the people of Artsakh; and the efforts aimed at restoring the territorial integrity of Artsakh will be concentrated in the political, not military, sphere.

Speaking about the socio-economic development, the head of state stressed that the solution of the problems of those strategically important communities and their inhabitants is in the center of special attention of the Government of the Republic of Artsakh, and a number of programs are already planned to be implemented in this direction. Harutyunyan stated that the issue of drinking water of the communities will be solved in the near future, as well as the asphalting works of the roads leading from Goris-Stepanakert highway to Mets Shen-Hin Shen will start. Speaking about housing and housing security programs, the President noted that the Government is taking steps to assess the free housing stock in the communities and make the most effective use of it. According to Harutyunyan, it is planned to build new private houses in the above mentioned communities within the framework of resettlement programs and providing apartments to young families with the active support of the ‘Hayastan’ All-Armenian Fund.

During the visit, Secretary of the Security Council of the Republic of Artsakh Vitaly Balasanyan, Minister of Territorial Administration and Infrastructure Hayk Khanumyan, First Deputy Director of the National Security Service Ararat Melkumyan accompanied the President.