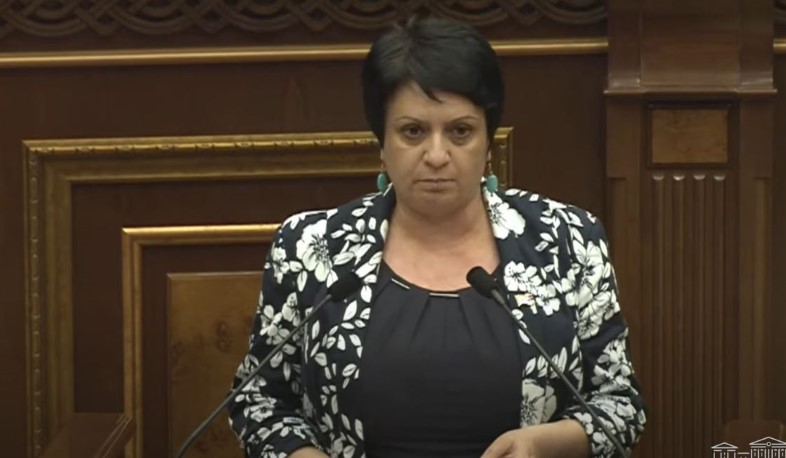 Is it the mission of Azerbaijani soldiers - to kill defenseless women? Srbuhi Grigoryan about tortured and killed Armenian captives

Srbuhi Grigoryan, MP of the NA Bright Armenia faction, during the Parliament announcements, addressing the international community drew their attention to the crimes taking place nowadays.

“These days, Azerbaijan has tortured and killed about 19 Armenian captive citizens. Twelve of them are civilians, people who did not leave their homes, did not have weapons and ammunition, but simply exercised their right to live in their own homes. Four of the civilians tortured and killed were women, often referred to as the weaker sex.

Are those who raised their hands over them strong? Is it the mission of the Azerbaijani soldiers - to kill defenseless women and unarmed civilians, who have not left their homes? Seven servicemen were killed. Azerbaijan must be held accountable for these crimes, they are war crimes, and they must be condemned by the international community,” she said.