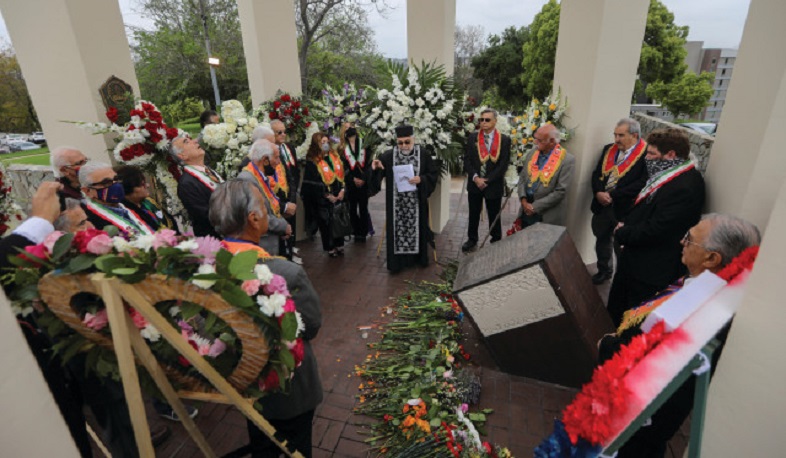 Armenian genocide: Time for Israel to call a spade a spade: Jerusalem Post

By the end of the war, more than 90% of the Armenians in the Ottoman Empire were gone, and many traces of their presence had been erased, Jerusalem Post reports.
More than two million Armenians lived in the Ottoman Empire in 1914, on the eve of World War I. By 1922, there were fewer than 400,000. The others – some 1.5 million – had been killed. Most historians describe this mass annihilation as genocide. More than 30 nations agree. Some prominent countries do not, among them Britain, Australia and Israel.
A few years ago, the UK government was asked in parliament whether it recognized the existence of genocide in Armenia in 1915. A foreign office minister responded: “The government acknowledges the strength of feeling about this terrible episode of history and recognizes the massacres of 1915-16 as a tragedy. That remains the British government’s position. It used to be the position of the United States, until just a few days ago.
On April 24, President Joe Biden, in a statement marking Armenian Remembrance Day, said: “We remember the lives of all those who died in the Ottoman-era Armenian genocide, and recommit ourselves to preventing such an atrocity from ever again occurring.” All previous US presidents (with the exception of Ronald Reagan) had avoided using the word “genocide” to describe the Ottoman Empire’s deportation and massacre of some 1.5 million Armenians.
The Turkish government accepts that atrocities were committed, but argues that there was no systematic attempt to destroy the Armenian people. Therefore, it argues, their mass destruction cannot be described as genocide. Turkey bases its position on the issue of premeditation – namely, the extent to which the killings were orchestrated.
So far, Israel has failed to align itself with this consensus. Israel’s reaction to Biden’s statement was a Foreign Ministry statement recognizing the “terrible suffering and tragedy of the Armenian people” but notably failing to term it a genocide.
However, Yair Lapid, leader of Israel’s left-of-center Yesh Atid Party and possibly the next to be charged by the president with attempting to form a government, disagrees with this position. He declared: “I will continue to fight for Israeli recognition of the Armenian Genocide. It is our moral responsibility as the Jewish state.”
In Israel, except for some straight talk in the media and the statement by Lapid, there is little evidence of popular pressure on the government to acknowledge the true nature of the crimes committed by the Ottomans against the Armenian people. But genocide is genocide. Israel should call it out for what it is.
Views 392