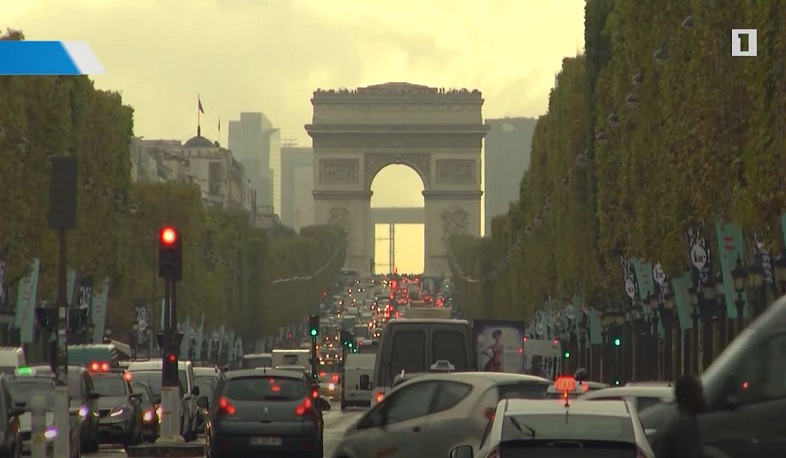 Azerbaijan can be put under pressure under international law in captives’ issue: French MP

Not only within the framework of the Minsk Group, but also in its own parliament, France continues to look for ways for a real settlement of the Artsakh (Nagorno-Karabakh) issue.

As on April 24, the President of the French Senate said at the height of Tsitsernakaberd Armenian Genocide Memorial in Yerevan, the hearts of the French parliamentarians beat like the hearts of Armenians, and the deputies proposed a resolution calling on Azerbaijan to immediately return the Armenian prisoners of war (POWs) and civilians held captive in Azerbaijan.

Otherwise, the legislator will demand that the French government impose sanctions on Azerbaijan.

What would the business card of the world be like without museums? ... Without the largest and most luxurious Louvre, the French Musée d'Orsay, one of the main reasons to visit Russia - the Hermitage, the Prado in Madrid, the British in London, Van Gogh in Amsterdam, and the MoMA and Guggenheim in New York. Before the eyes of the modern world, Azerbaijan turned hatred into a business card of its country, called it a museum, even managed to be proud.

‘State Museum in Baku dedicated to hatred against Armenians’: This is how the address of the Azerbaijani hatred was presented by the French press. And by the time the hate-mongering country is dissatisfied with Minsk Group Co-Chair France, the President of the French Senate said in Yerevan on April 24 that their hearts are beating in Armenian, and the delegation stayed a week to speak out about the return of Turkish-Azerbaijani hatred.

“There are two opposite images. On the one hand, it is the aggressor country that is opening a museum of hatred, and here in Armenia an entire generation has become a museum under the open sky. But I was surprised by the strength of the Armenians to move forward. Therefore, it is important that if the negotiations for a peaceful settlement continue, the first precondition for that should be the immediate return of the Armenian captives,” says Xavier Britton, Member of the French National Assembly.

The resolution submitted by parliament member François Puponi, urging Azerbaijan to immediately release Armenian captives, it is emphasizes that Azerbaijan continues to violate Article 8 of the November 9, 2020 trilateral statement, violating also the 4-th Geneva Convention on the Protection of War Victims.

“I think that under international law it is possible to put Azerbaijan under pressure, there are all the levers to take action. That country cannot do what it thinks. Azerbaijan must understand that there are international laws, that there are economic and legal sanctions. It is with this hope that I submitted the resolution to the parliament so that Azerbaijan will finally be held accountable for war crimes,” says François Puponi, Member of the French National Assembly, and Vice-Chairman of the Armenia-France Parliamentary Friendship Group.

In the resolution put on the table of the French National Assembly, the deputies demand from the government to impose immediate sanctions against Azerbaijan in case of non-return of the Armenian captives.

“I wrote that resolution myself. After its adoption in the parliament, Azerbaijan should be forced to return the Armenian captives immediately. Of course, our Government is well aware of the situation, but we, the deputies, are obliged to take a legal solution to the problem quickly. The government must appeal to the UN and other international organizations to put an end to this unacceptable, inhuman act. There are laws of war, Armenia adhered to those laws, sent back captives kept in Armenia, while Azerbaijan refuses to return about 200 captives to their families,” says Guy Tessier, Member of the French National Assembly, Chairman of the France-Artsakh Friendship Circle.

Twenty years ago, Marseille Mayor Guy Tessier was one of the first to sign the recognition of the Armenian Genocide. Today, the MP says he saw evidence of the country’s continuing genocide policy at meetings with wounded soldiers and the aftermath of the murderous silence of the world in Yerablur (Military Pantheon).

“It was a dazzling, terrifying pain to see the boys who were fathers and brothers, husbands now under a sea of ​​flags. I felt the pain of those families. From a very young age, I lived in the Armenian block of France. I was born among Armenians, my friends were mostly Armenians, we went to church and class together, so Armenians became like members of my family, the French family. You cannot be indifferent to your family member,” Tessier says.

Valerie Boyer is the only one of the senators of the Upper House of the French Parliament who stayed in Yerevan with the deputies of the National Assembly. It was thanks to Boyer’s efforts  as well that the French Senate passed a resolution recognizing the independence of Artsakh.

“It is impossible to find solutions from a position of neutrality. Azerbaijan was Turkey’s ally in this war. It is impossible to deny that they violated all the laws of war, used drones against children. It was an unequal war. The international human rights organizations, the UN did not revolt. Besides all this, they open a park of shame and are proud. These people never gave up the idea of ​​ending the Armenian Genocide. Not only do they not accept, but they continue this genocidal policy. There is a well-known saying that not recognizing the genocide means killing twice,” says Valerie Boyer, Member of the French Senate.

The resolution calling for not killing twice will be discussed in the near future. It is an advisory formula, that does not oblige the government, but prompts it.