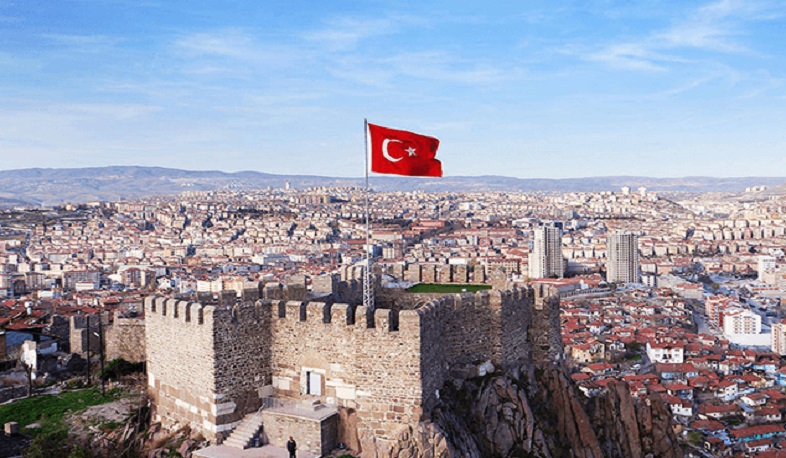 Turkey on the verge of political and economic collapse

US President Joe Biden’s statement on the recognition of the Armenian Genocide further complicated the domestic political situation in Turkey, which was already extremely tense due to the country's economic situation the and the terrible spread of coronavirus. The problem is that the opposition accused Turkish President Recep Tayyip Erdogan of incompetence, claiming that Erdogan’s speech to Biden was not only belated, but also meaningless and even dangerous, as some provisions of the speech could have serious consequences for Turkey. In particular, it refers to the claim that Ankara may withdraw from the economic-military cooperation agreement signed between Turkey and the United States in 1980.

According to some experts, this was a very careless statement, as Erdogan, who has not yet grasped the full extent of the changes in the White House and its aftermath, continues to speak to Washington in the language that was used, let’s say, a year ago when the Oval Office was run by Donald Trump. Leaving aside the issue of military cooperation, at least Turkey simply does not have the opportunity to terminate economic cooperation with the United States, as it has already found itself in such an economic hole that even with optimistic forecasts, it will not be able to get out in the next decade or two.

Speaking of numbers, the Turkish lira has depreciated by about 20 percent in the last two months, the decline continues. About $128 billion has disappeared from the reserves of the Turkish Central Bank (Erdogan claims that the amount remains in the treasury, but the opposition has already substantiated that the Central Bank’s resources have been squandered). Foreign trade has significantly decreased (for example, Saudi Arabia has reduced its imports from Turkey by 94%). And, finally, the coronavirus. The pandemic volumes in Turkey are really terrible. According to official figures, the number of infected people in Turkey has long exceeded 4 million, with more than 60,000 new cases being registered every day, which will result in a severe knockdown in Turkey tomorrow. It will paralyze the entire economy. Almost everything will be closed. Citizens will have the right to leave the house only to visit a shop or a pharmacy, and only the urgent services and productions will work, where it is impossible to stop the work process.

It is clear that in such conditions, boasting that Turkey may terminate its economic relations with the United States is not quite serious, especially in the context that one of Erdogan’s favorite projects, the construction of the Istanbul Canal, is on the verge of collapse. As a reminder, in 2011, Erdogan, then Prime Minister of Turkey, came up with the idea of ​​building a canal bypassing the Bosporus. According to the idea, the canal will connect the Black Sea with ​​Marmara and pass through the outskirts of Istanbul. This will reduce the cargo of the Strait and remove dangerous cargo ships from the waters of Istanbul.

The idea, of course, was badly accepted by the countries that use the Bosporus Strait, claiming that Erdogans proposal violates international maritime law. However, the adventures of the new canal are not over, as Reuters has already learned today that the construction of the canal, which, by the way, should have been completed in 2023, the 100-th anniversary of the Republic of Turkey, may not even begin at all. The reason is that a number of Turkish banks have refused to finance the project, as it violates a number of UN declarations, and it is threatening one-third of Istanbul’s drinking water sources.

It is clear that the opposition will also add this possible defeat to Erdogan’s political portfolio, which, in its turn, will not only weaken Erdogan’s position as head of state, but will almost rule out his and his team’s victory in the upcoming elections.