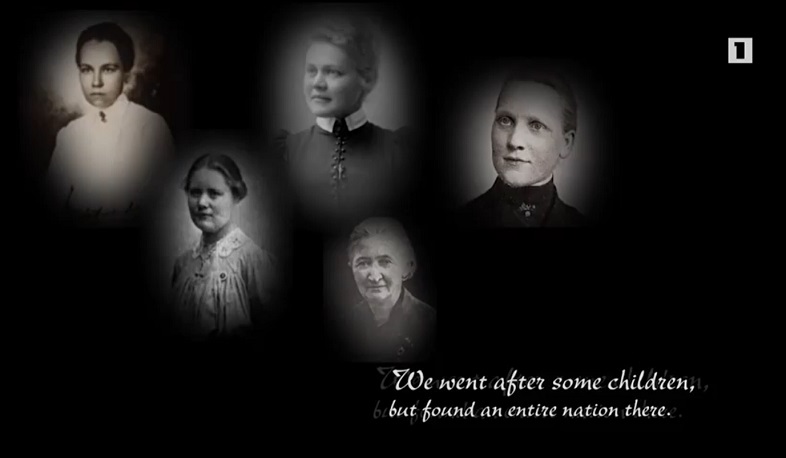 Maria Jacobsen: grandmother who gave a second life to orphans

They had no children of their own, but became mothers who gave second birth to thousands of orphans: Karen Jeppe, Bodil Björn, Alma Johansson, Anna Hedvig Büll and Maria Jacobsen.

EXCERPT FROM THE ‘MAP OF SALVATION’ - I found a ten-year-old girl in a stable, lying on rocks, very weak, her eyes swollen from the cold. I took her to a woman, but it was too late, she died...

Maria, a doctor by profession, left Denmark and instead of taking care of the children in the children’s hospital, she arrived in Kharberd (Harpoot) in 1907. In order not to be distracted by the scenes of the brutal killings of Armenians everywhere, Jacobsen begins to complete her 12-year diary.

EXCERPT FROM THE ‘MAP OF SALVATION’ - Until last spring, we cared for 5,000 people. We had children in Harpoot and Mezreh, whom we brought and cared for. But when the American missionaries left, we stopped caring for them. In addition to them, we deliver bread to 4-5 thousand people every day.

And that bread was only 200 grams of wheat per person. Besides the medicine, Maria also had a camera in her hand. She regularly reported ‘The Women Missionary Workers’ organization on the persecution of Armenians in Turkey and the hundreds of Armenians hiding from death in missionary homes in Turkey. If there were no evidence of the Armenian Genocide, the real, genocidal face of Turkey could be seen only in these horrifying photos of 600 pages.

She escaped typhus in her native Denmark. Later she organized a fundraiser in the United States for children deprived of their parents and Homeland. However, Turkey did not allow her to return to them. Orphanages were closed in the 1920s, and children were threatened with slaughter again. Jacobsen arrived in Lebanon with 200 Armenian children and established the ‘Birds’ Nest’ orphanage near Beirut. The rescued Armenian children became ‘birds’ for whom Mama Jacobsen always had sweets.

After her death, in the yard of the ‘Birds’ Nest’, the footprints of her ‘birds’ are taking to Maria’s body. These footprints were scattered around the world, continuing the mission of educating disciplined, clean, even charitable children.

The children mention in their memoirs, that her powerful mission was to raise Armenian children Armenian. And she always reminded the children at dinner, saying remember, you are Armenian and you must remain Armenian.

The mother of Armenian children, ten years before her death, in 1950, became the first woman to be awarded the Danish Gold Medal for her humanitarian mission. Jacobsen’s sister, Anna, who arrived in Lebanon, continued this chain of philanthropy. Anna was also the name of Maria Jacobsen’s adopted daughter. Her adopted son, Archbishop of the Mother Cathedral of Etchmiadzin Ter Husik Santuryan, besides dedicating his life to the church, adopted an orphaned girl.

Anna did not manage to say goodbye to her mother, instead she took the dowry of the ‘Birds’ Nest’ students, the T-shirt embroidered by them, from her mother’s personal belongings, and left for Odzun village with the mission of taking care of children like Jacobsen did.

Only nuns or priests’ wives are buried in the yards of Armenian churches. The tomb of Anna Habeshyan, who came here from secular life, located under the shadow of the oldest fir-tree in Odzun, is unique. Catholicos of All Armenians Vazgen I has personally given permission to bury her here.

The newly appointed pastor of Odzun tells about a couple with biblical names: the only kindergarten in the village did not accommodate all the children, Anna was worried and decided to open a free ‘home kindergarten’ under her own house. The neighbors in the village are also excited. They take our camera to the first address of their childhood care.

A new kindergarten was built in the village named after Anna Habeshyan after the 1988 earthquake. Another thanks was from a student who lived in Jacobsen’s house - Vardan Melkonyan’s symphony, which won London with the Royal Philharmonic Orchestra of Great Britain. ‘Farewell to Maria’ part of the symphony is named after the only Danish mother who is known to him and many other Armenians.