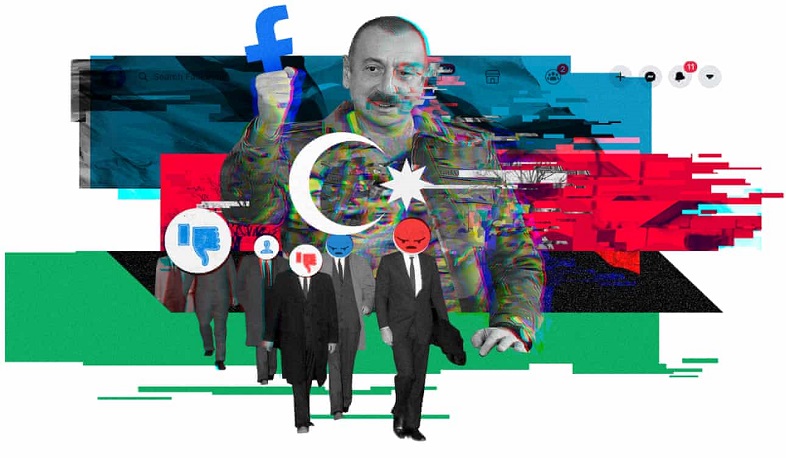 Facebook has allowed a state-backed harassment campaign targeting independent news outlets and opposition politicians in Azerbaijan to return to its platform, less than six months after it banned the troll network.
A Guardian investigation has revealed how Facebook allowed an arm of Azerbaijan’s ruling party, the YAP, to carry out the harassment campaign for 14 months after an employee, Sophie Zhang, first alerted managers and executives to its existence in August 2019.
In October 2020, Facebook announced that it was removing more than 8,000 Facebook and Instagram accounts and Pages linked to the YAP for violating its policy against “coordinated inauthentic behavior” (CIB).
But a Guardian review of the operation’s most common targets found that the trolling operation has clearly returned. An analysis of one post on the Facebook page for the independent social media outlet Azad Soz (“Free Speech”) found that 294 of the top 301 comments (97.7%) came from Facebook Pages that had been set up to resemble user accounts – the same mechanism used by the CIB operation that Facebook banned.
The result appears to allow an authoritarian regime to drown out debate on one of the only venues for free expression available in Azerbaijan, a former Soviet republic that ranks 168th out of 180 countries on Reporters without Borders’ World Press Freedom Index.
“Facebook isn’t interested in countries like Azerbaijan,” said Arzu Geybullayeva, an Azerbaijani journalist who lives in Turkey due to threats over her reporting. “Your report shows how indifferent the platform is to countries not in the spotlight and less known. We have made several failed attempts before at getting Facebook to have someone from the Azerbaijani region to explain the context. They really can’t be bothered.”
Zhang uncovered the troll operation in the course of her work as a data scientist for a team at Facebook dedicated to combatting fake engagement: likes, shares and comments from inauthentic accounts. She found thousands of Facebook Pages – profiles for businesses, organizations and public figures – that had been set up to look like user accounts and were being used to inundate the Pages of Azerbaijani’s few independent news outlets and opposition politicians on a strict schedule: the comments were almost exclusively made on weekdays between 9am and 6pm, with an hour break at lunch.
A list of the operation’s top 20 targets, generated by Zhang in August 2020, resembles a list of the most prominent critics of Azerbaijan’s autocratic leader, Ilham Aliyev, who has ruled with an increasingly authoritarian grip since 2003. It includes news outlets whose editors have been forced into exile, such as Azadliq newspaper, Azad Soz and Mikroskop Media; news outlets whose sites are blocked in Azerbaijan, such as Radio Free Europe and Abzas.net; and the political opposition, such as the Azerbaijan Popular Front party (APFP) and its chair, Ali Karimli. The party has been subject to what Human Rights Watch has called a “relentless crackdown”.
Views 174