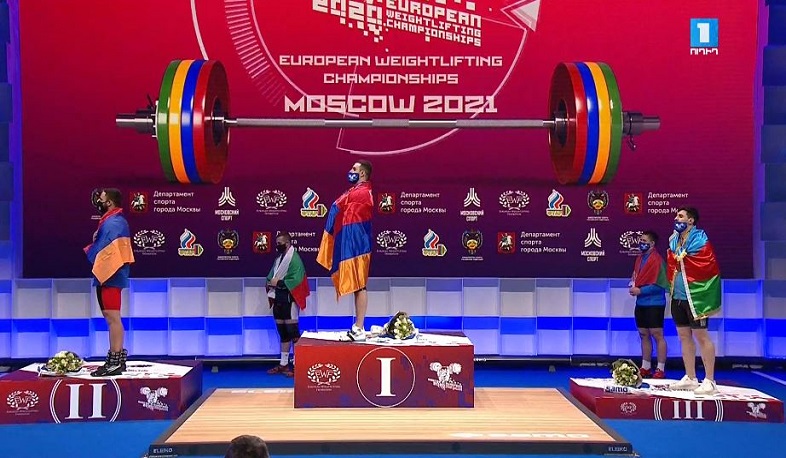 Armenian weightlifters had a great start the next day of the European Championship in Moscow. Samvel Gasparyan won the title of European champion in the 102 kg weight category. His result was 390 kg in the doubles. Arsen Martirosyan became a silver medalist in the same weight category with the result of 380 kg in doubles.
Armenia’s Minister of Education, Science, Culture, Sports Vahram Dumanyan, the Deputy Minister Karen Giloyan are on a working visit to Moscow these days, following the performances of the Armenian weightlifters on the spot.
The Minister of Education and Science congratulated the medal winners, emphasizing that the victories are not only the individual success of the athletes and their coaches, but also inspire the Armenian people, increasing their self-confidence.
On April 10, representatives of Armenia - the world and European champion, vice-champion of the Olympic Games Simon Martirosyan (109 kg) and Tatev Hakobyan (87 kg) will take part in the competition.
Views 6847