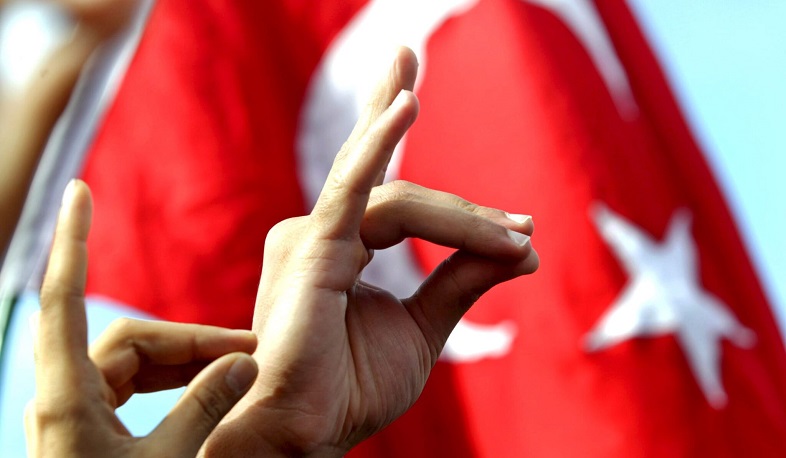 Trace of “Grey Wolves” in the Artsakh war

“Grey Wolves”- the name hides an extremist ideology behind a cloak of vague metaphors. Who exactly are Turkey’s Grey Wolves (Turkish: Bozkurtlar)? They use a vocabulary commonly associated with racism, yet they are responsible for some of the most egregious religious freedom violations in Turkey’s modern history, according to persecution.org.
The report says: “Turkish media frequently denies that the Grey Wolves exist, yet many government officials have an irrefutable connection.
As self-described Turkish nationalists, the Grey Wolf movement can be easily labeled as racist. But the religious freedom implications that flow from the definition of Turkishness are profound. It is no coincidence that the instances of Christian persecution inside modern Turkey’s borders often include a Grey Wolf element. In 1981, a member of the Grey Wolves attempted to assassinate Pope John Paul II. The 2006 murder of Father Andrea Santoro in Trabzon was committed by a Grey Wolf member. The 2007 assassination of Armenian journalist Hrant Dink is believed by many to have been executed by the Grey Wolves, either funded by or with the foreknowledge of Turkish Intelligence.
The Grey Wolves are believed to have had some involvement in the 2007 Zirve Publishing House murders.
Today, the religious freedom incidents involving the Grey Wolves are of a different nature, though the mystery remains. Their activities appear globally coordinated by an invisible hand, and their ideology appears militarized and organized in conflict zones. It is an unprecedented cross-border exportation of ethnic religious freedom abuses.
When Turkey encouraged Azerbaijan to begin a conflict in Nagorno-Karabakh (Armenian: Artsakh) this past fall, Turkey provided military support by paying Syrian mercenaries to fight alongside the Azeri army. A number of those mercenaries were from the Sultan Murad Brigade.
International Christian Concern (ICC) documented dozens of photos and videos showing unidentified fighters using the Grey Wolf salute during the Karabakh war. The Syrian fighters were recruited specifically to “kill Christians”. Video and photo documentation shows a particular kind of brutality towards Armenian Christians during this war, including beheadings. The Grey Wolf salute punctuates many of these violent activities.
The Grey Wolves have a long history of terrorism towards ethnic religious minorities, but their skillset has evolved. They are stronger than in the early 2000’s. The MHP’s political alliance with Turkey’s ruling AKP three years ago legitimized them, giving the Grey Wolves a new sense of unity. They are militarized, they are efficient, and they are on the move globally. Their mission is Pan-Turkic Islamism, and any ethnic Christian who exists within their targeted sphere is at risk”.
Views 594