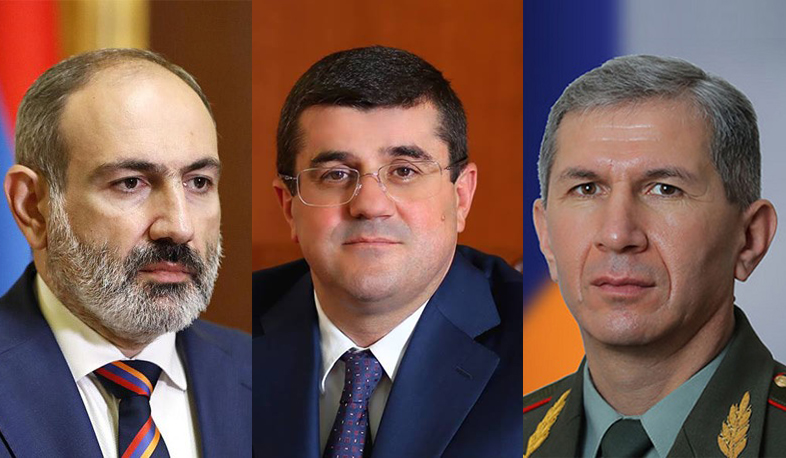 The spokeswoman for the Artsakh Republic President Lusine Avanesyan commented on the publications on Arayik Harutyunyan's mediation efforts in Yerevan, noting that the Presidemt had meetings with both Nikol Pashinyan and Onik Gasparyan. As "Armenpress" reports, the commentary, in particular, reads:
"The information about the meetings of the President of the Artsakh Republic Arayik Harutyunyan that he allegedly "demands" the resignation of the Chief of the General Staff of the RA Armed Forces Onik Gasparyan does not correspond to reality at all.
In accordance with the previously announced readiness for mediation, the President Harutyunyan met with Nikol Pashinyan and Onik Gasparyan, discussed issues related to overcoming the current situation, based on the priorities of internal stability and external security of Armenia and Artsakh. During the meeting with Onik Gasparyan, the issue of resignation was not discussed at all, and there can be no talk of any pressure.
As for the format of the meeting, not only the director of the RA NSS Armen Abazyan, but also the secretary of the Artsakh Security Council Vitaly Balasanyan and another official took part in it.
The President of Artsakh, as he stated, continues to maintain neutrality towards the internal political developments in Armenia, and his mediation efforts are aimed at overcoming the crisis in constitutional, peaceful and civilized ways".
Views 4888