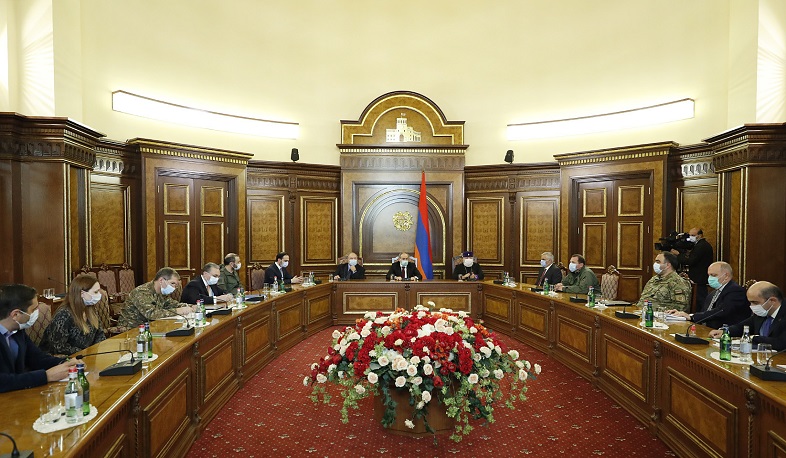 An extraordinary sitting of the Security Council was held

A special sitting of the RA Security Council chaired by Prime Minister Nikol Pashinyan was held at the Government.

Besides the members of the Security Council, the sitting was also attended by the RA President Armen Sargsyan, the Catholicos of All Armenians Garegin II, the leader of the NA "My Step" faction Lilit Makunts, the leader of the "Bright Armenia" faction Edmon Marukyan, the chairman of the NA Foreign Relations standing commission Ruben Rubinyan, the chairman of the Standing Commission on Defense and Security Andranik Kocharyan, the representative of the "Prosperous Armenia" faction, MP Arman Abovyan.

The sitting of the Security Council began with the prayer of the Catholicos.

During the sitting, the situation in Nagorno Karabakh in the context of the Azerbaijani-Turkish aggression, and the steps taken to counter the enemy were discussed.