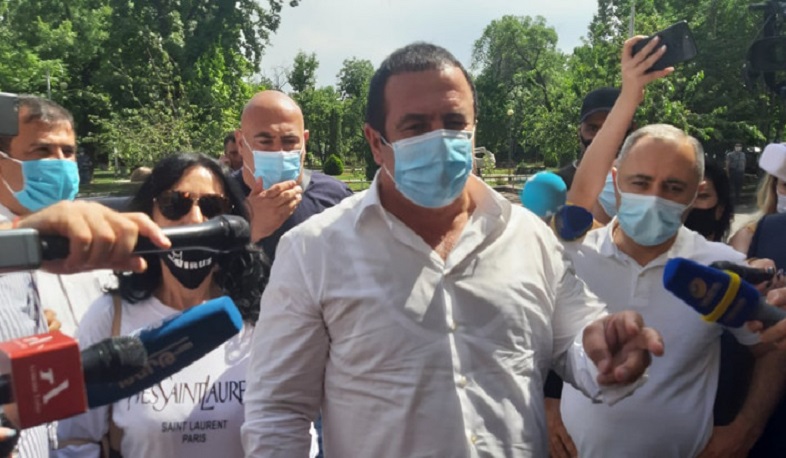 Today, on September 25, the Court of General Jurisdiction of the city of Yerevan, chaired by the Judge Mnatsakan Martirosyan, decided to detain PAP leader Gagik Tsarukyan as a measure of restraint.
Tsarukyan is charged under Article 154.2 of the RA Criminal Code (receiving bribes from candidates, parties (party blocs), referendum campaign initiatives or bribing voters on behalf of parties (party blocs), referendum campaign initiatives or obstructing the exercise of the voter's free will.
On June 21 the Court of General Jurisdiction of Yerevan rejected the motion of the NSS investigator to detain Tsarukyan, at the same time stating that there was a reasonable suspicion in the case. The prosecutor's office filed an appeal, which was partially upheld on July 8, and the issue of detention was sent to the court of first instance for a new examination.
Views 131