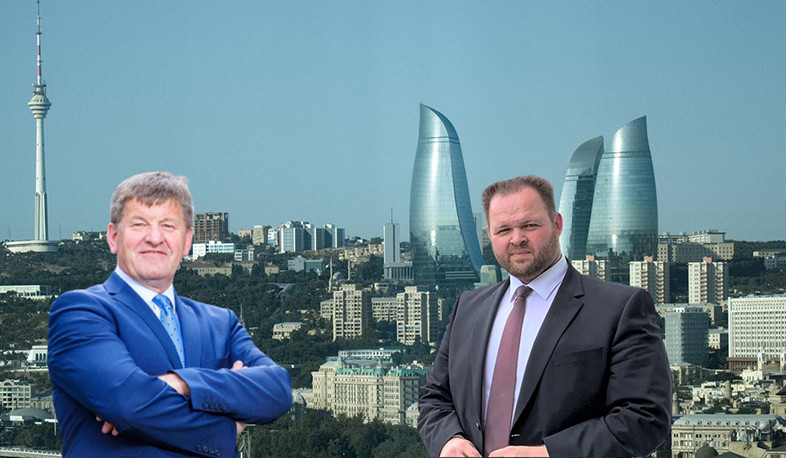 After an EU delegation of elected parliamentarians went on a trip to Azerbaijan, their criticism was exchanged for praise for the dictatorship, Blankspot investigative portal reports. Although the trip was paid for by the Azerbaijani Ministry of Foreign Affairs, the parliamentarians never declared a transparency report. Blankspot's investigation shows how the Azerbaijan lobby uses "smart villages" to smooth over criticism of it.
German MEP Engin Eroglu (Renew group) has made a name for himself by consistently presenting resolutions critical of the dictatorship. On September 14, Eroglu criticised European Commission President Ursula von der Leyen at the opening of the European Parliament. However, he later said he lacked ”any critical words about Azerbaijan”.
Two weeks later, he travelled with a delegation to Azerbaijan. In addition to himself, the delegation included the Slovenian parliamentarian Franc Bogovic from the Christian Democratic Group.
Eroglu and Bogovic have voted for a resolution condemning Azerbaijan’s actions in destroying Armenian cultural heritage and historical revisionism from February 2022.
Both are members of the cross-political intergroup RUMRA & Smart villages – The Group for Rural, Mountainous and Remote Areas and Smart Villages – where Bogovic is the chairman.
Throughout this article, RUMRA will be used for brevity.
The trip to Azerbaijan took place over a couple of days at the end of September. Several Azerbaijani media have cover ed it, and the EU parliamentarians delegation has appeared in frequent interviews.
In a 30-minute TV interview conducted in English, they spoke positively about the country. Engin Eroglu, who was previously critical of Azerbaijan, is now heard saying that the EU should develop energy cooperation and further the friendship with Azerbaijan.
After returning home, similar rhetoric continued from both parliamentarians.
The question is, what happened on the trip that caused Azerbaijan’s condemnations to shift toward promoting friendly relations with the dictatorship?
The primary purpose of the delegation trip was to visit Azerbaijan’s so-called smart villages in the Zangilan region in the parts of Azerbaijan that the regime took back by force from the Armenians in Nagorno-Karabakh in 2020.
The place has been surrounded by peace negotiations since the 1990s war, when the Armenians of Nagorno-Karabakh took control of the area.
After almost 30 years, Azerbaijan abandoned the UN-mandated OSCE-driven peace talks. Instead, they invaded Nagorno-Karabakh.
On November 19, two months after the trip, Engin Eroglu posted on his Facebook page praising the trade agreement with Azerbaijan. Above all, he emphasised that Azerbaijan is a good partner for gas imports – especially considering that ”Russia has started an energy war” against Europe.
Parliamentarians Franc Bogovic, Engin Eroglu and coordinator Adam Mouchtar returned with similar answers to the motives for the trip. All emphasized that the trip was not political and that they avoided discussing the conflict with Armenia.
This is despite the fact that the trip went to an area of a highly political nature and relevance, a place surrounded by a conflict zone where even diplomatic delegations from neither the US nor France go as it is perceived as sensitive.
That everything on the trip, except plane tickets, was paid for by the Azerbaijani dictatorship did not occur to the parliamentarians until they were asked uncomfortable questions.
But, instead, they chose to cast the blame on their assistants instead of asking themselves the question: can one, as an elected EU delegate, go on an invitational trip to a dictatorship land and not mix trade with politics?
The answer is possibly found in Engin Eroglu’s withdrawn criticism of the regime in Baku, which is replaced by friendly words about increased trade, concludes the platform.
Views 167