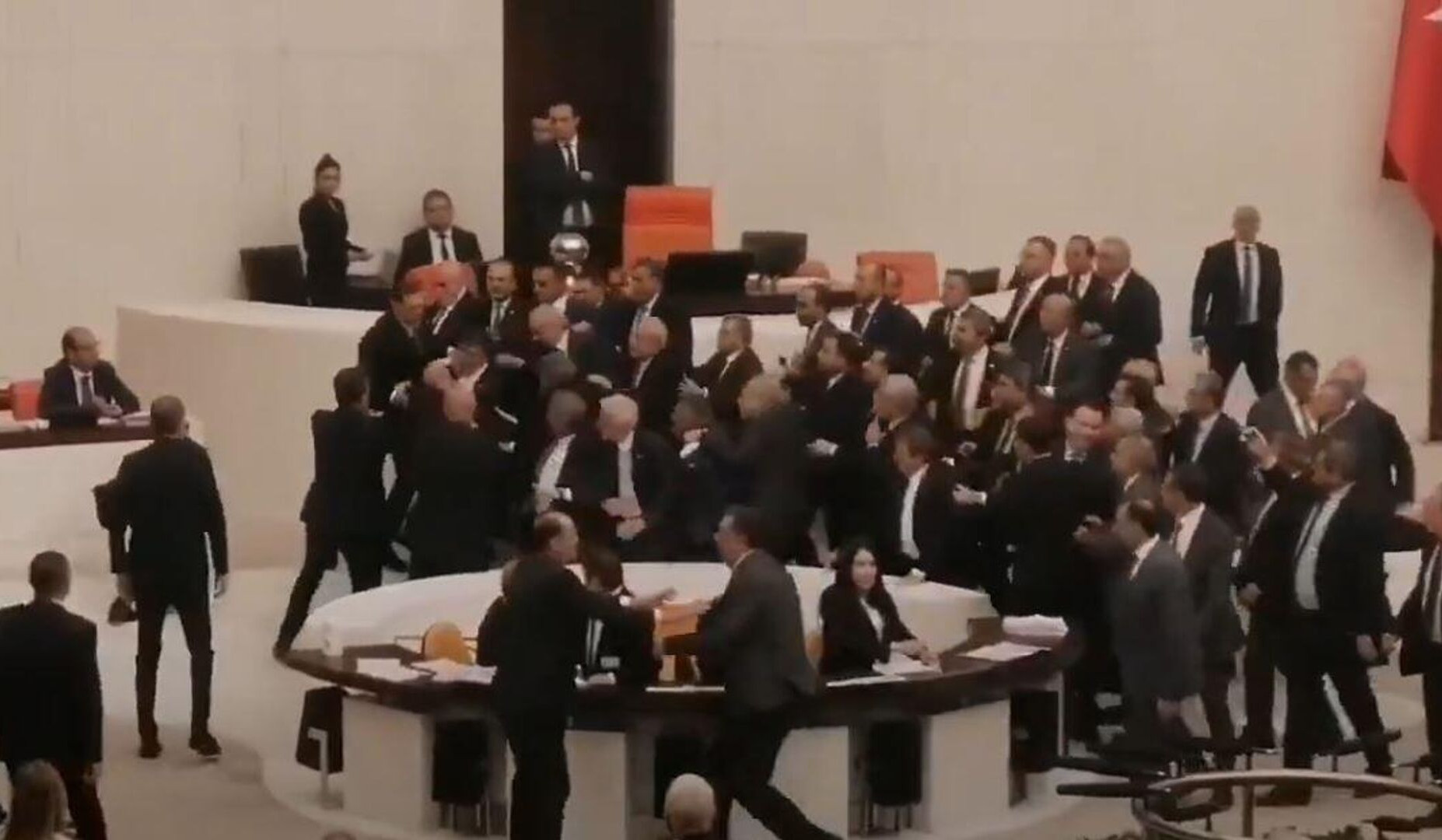 After brawl in Turkish parliament, member of parliament was hospitalized

An opposition legislator is hospitalized following a brawl that broke out in Turkey’s parliament during a tense debate over next year’s budget, The Time of Israel reports.

Television footage shows dozens of lawmakers from President Recep Tayyip Erdogan’s ruling party and from opposition parties engaged in a tussle. Some legislators threw punches at each other, while others tried to pull their fighting colleagues apart.

At least one legislator was knocked to the ground, video images show.

The private DHA news agency says Huseyin Ors, a lawmaker from the opposition Good Party, was punched in the face.

A lawmaker who is a doctor by training tended to Ors, who was then taken to a hospital by ambulance, DHA reports. Ors suffers from heart problems and was placed under emergency care as a precaution.

Fighting is a frequent occurrence in Turkey’s parliament. It was not immediately known what caused Tuesday’s brawl, but tensions are running high ahead of presidential and parliamentary elections scheduled for June.