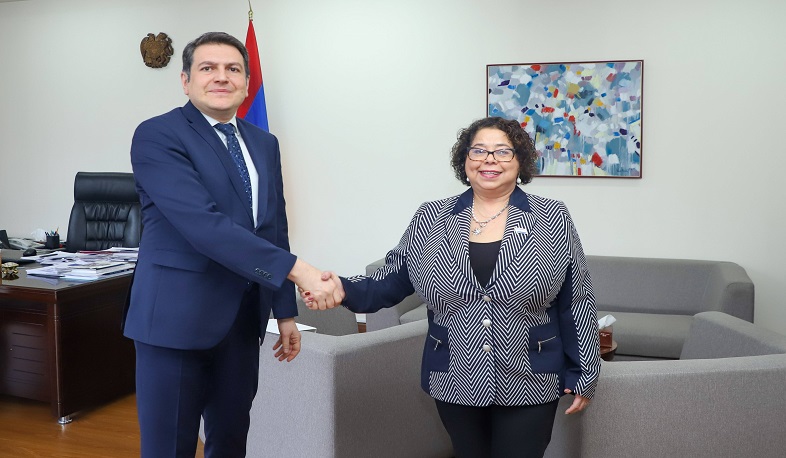 Congratulating the Ambassador on appointment, the deputy FM wished the foreign diplomat a productive work.

In her turn the Ambassador thanked for the welcome and wishes, stating that she will try to contribute to the development of the relations between the two countries.

The opportunities to develop the bilateral agenda were discussed. The sides highlighted expanding the partnership in areas of mutual interest. They also exchanged views on issues of regional and international agenda.

The deputy FM introduced the Ambassador on the consequences of the latest large-scale aggression of Azerbaijan on Armenia’s sovereign territory, as well as the positions of the Armenian side regarding the Armenia-Azerbaijan relations, the Nagorno-Karabakh conflict settlement and the normalization of the Armenian-Turkish relations.