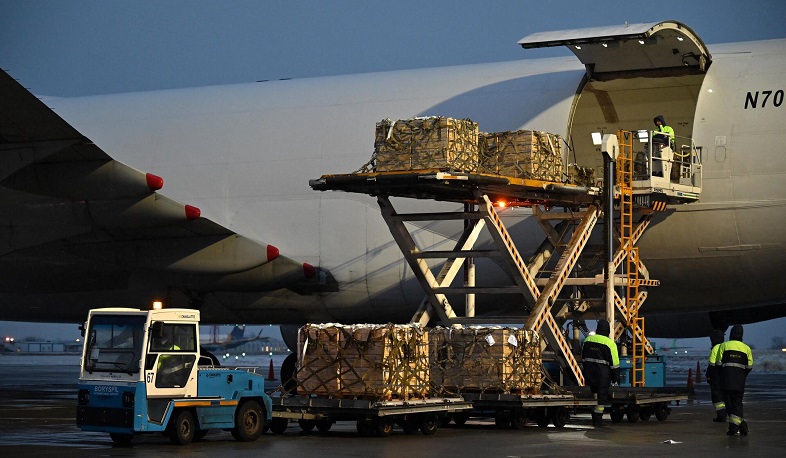 The Pentagon is considering a Boeing proposal to supply Ukraine with cheap, small precision bombs fitted onto abundantly available rockets, allowing Kyiv to strike far behind Russian lines as the West struggles to meet demand for more arms, Reuters reports.

U.S. and allied military inventories are shrinking, and Ukraine faces an increasing need for more sophisticated weapons as the war drags on. Boeing's proposed system, dubbed Ground-Launched Small Diameter Bomb (GLSDB), is one of about a half-dozen plans for getting new munitions into production for Ukraine and America's Eastern European allies, industry sources said.

GLSDB could be delivered as early as spring 2023, according to a document reviewed by Reuters and three people familiar with the plan. It combines the GBU-39 Small Diameter Bomb (SDB) with the M26 rocket motor, both of which are common in U.S. inventories.

Doug Bush, the U.S. Army's chief weapons buyer, told reporters at the Pentagon last week the Army was also looking at accelerating production of 155 millimeter artillery shells - currently only manufactured at government facilities - by allowing defense contractors to build them.

The invasion of Ukraine drove up demand for American-made weapons and ammunition, while U.S. allies in Eastern Europe are "putting a lot of orders," in for a range of arms as they supply Ukraine, Bush added.

"It's about getting quantity at a cheap cost," said Tom Karako, a weapons and security expert at the Center for Strategic and International Studies. He said falling U.S. inventories help explain the rush to get more arms now, saying stockpiles are "getting low relative to the levels we like to keep on hand and certainly to the levels we're going to need to deter a China conflict."