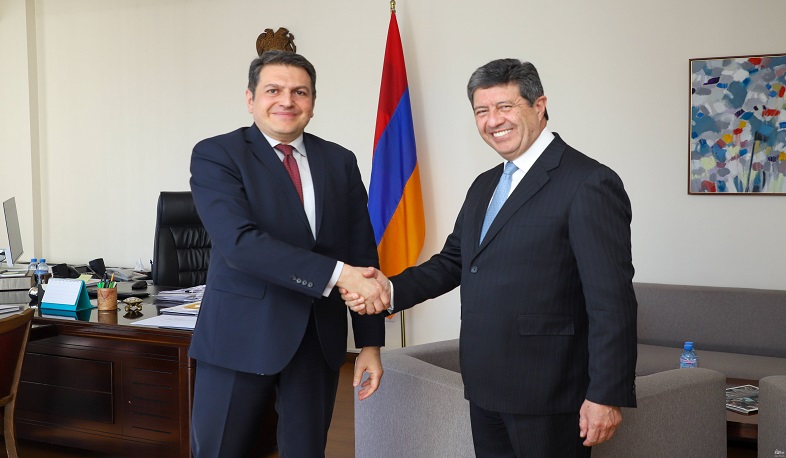 First, the deputy FM congratulated the ambassador on his appointment, wishing him success in his accountable mission.

Also, Hovhannisyan reaffirmed Armenia's interest in developing relations with Ecuador in both bilateral and multilateral formats.

In his turn, the newly appointed ambassador of Ecuador stated that he will invest his efforts in developing the relations between the two countries.

The interlocutors emphasized that this year Armenia and Ecuador celebrate the 25th anniversary of their diplomatic relations, which is a good opportunity to discuss the prospects for the development of bilateral relations among others, in relation to the strengthening of bilateral political and economic ties, and the development of cooperation within international organizations.

The current developments and the positions of the Armenian side regarding the Nagorno-Karabakh conflict were presented, too.