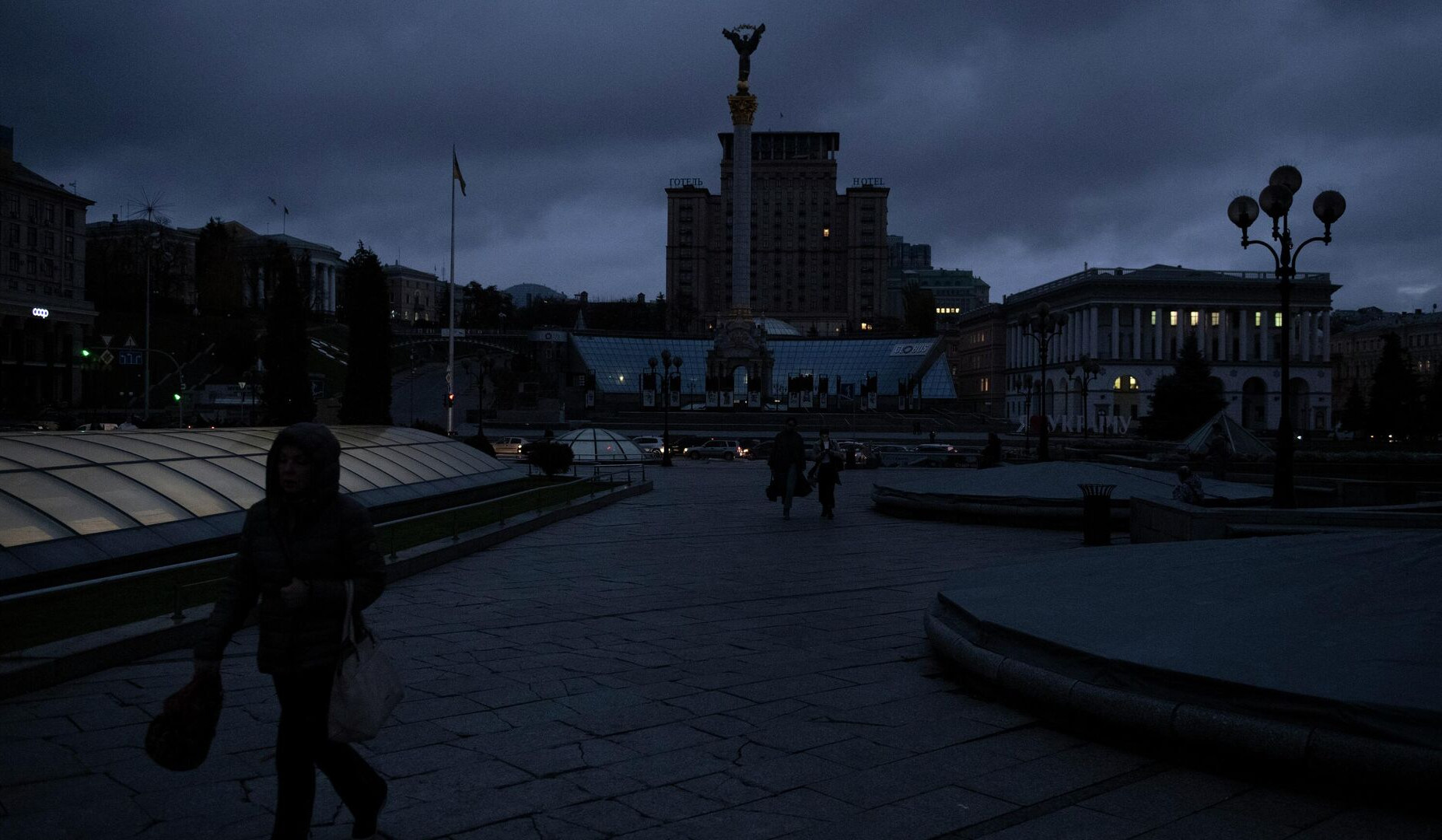 "As of this evening, blackouts continue in most regions and in Kyiv," Volodymyr Zelensky said in his nightly address.

The number of affected households has reduced by half since Wednesday, he added.

But millions have been left without light, water or heat as winter sets in.

Speaking in a video address, President Zelensky said the capital and its surrounding region are among the worst affected by the attacks. He said many residents in the city have been without power "for 20 or even 30 hours".

He said other areas among the worst affected are the regions of Odesa, in the south, Lviv in the west, as well Vinnytsia and Dnipropetrovsk which are more central.

President Zelensky appealed to everyone to use appliances which use energy sparingly: "If you don't have a power outage, it doesn't mean the problem is over. Please, if you have electricity, this does not mean that you can turn on several powerful electrical appliances at once."

"We have to endure this winter, a winter that everyone will remember," he said.

Prime Minister Denys Shmyhal said that despite the attacks, almost all of the country's critical infrastructure has been reconnected - including things such as water utilities, heat generation plants, hospitals and emergency services.

But ordinary people continue to face scheduled power cuts across every region of Ukraine, he said.

There are fears that Russia's targeting of Ukrainian infrastructure, coupled with snow and sub-zero temperatures, could cause a health crisis in the country.