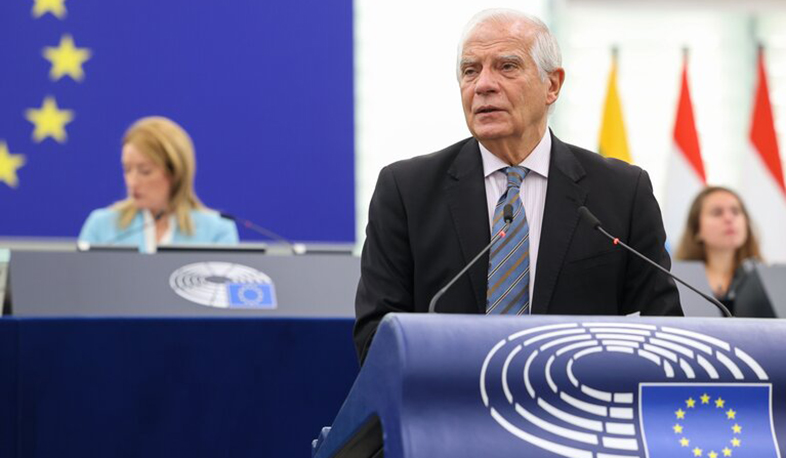 Azerbaijan explicitly bombarded and is occupying some parts of Armenia’s territory: Borrell

The EU has done everything it can to call on the parties to engage in a dialogue, to put in place a ceasefire, EU High Representative for Foreign Affairs Josep Borrell said during Question Time at the European Parliament on heightened tensions between Armenia and Azerbaijan.

“It is clear that Turkey continues to support Azerbaijan,” Borrell said, adding that they are asking Turkey to use this influence to reduce tensions between the two countries.

Borrell attached importance to the opening of borders between Armenia and Turkey, which, he believes, will also help reduce the tensions.

“I wish we could reach peace in the Caucasus region and many other areas where there is a need for peace. Unfortunately, we only have the means that we have, which is political influence. We have a special envoy for the region, who is in constant contact with the two countries and the European members of the Minsk Group. We are also offering humanitarian assistance, and that is what we are able to do,” the High Representative said.

“Azerbaijan has bombarded and occupied parts of Armenian territory, areas that are well into Armenia, they have been using artillery, as well as drones,” Borrell said.

“What is happening is extremely sad, there are about 300 soldiers dead, 207 are Armenian. There are some occupied areas, which is absolutely unacceptable and is a disrespect for internationally recognized borders. The forces are so close that there is a risk of new conflict,” the High Representative said, adding that the Azerbaijan forces must be withdrawn.

At the same time, he defended the energy agreement sealed by the EU with Azerbaijan, saying “the agreement does not work to the detriment to human rights or other democratic issues that have cropped up in the country.”

Borrell said the video of execution of Armenian prisoners of war is “terrible” and added that investigation is required.