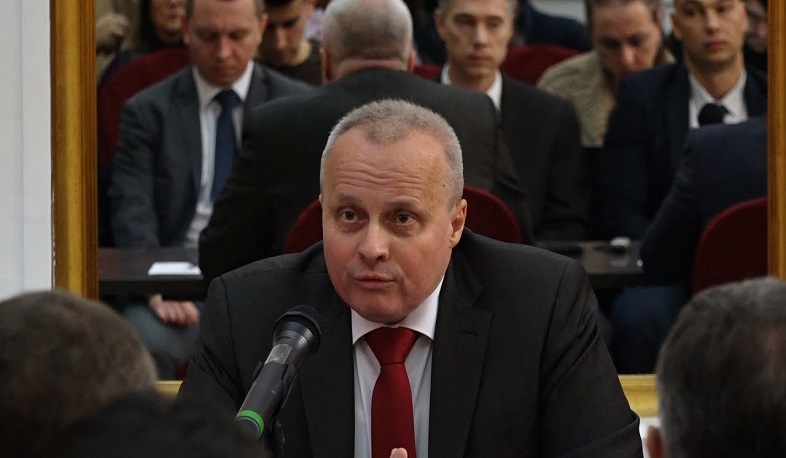 Most of the steps of Russia to solve the situation on the Armenian-Azerbaijani border are known to the public, Russian Ambassador to Armenia Sergei Kopyrkin told reporters today.

The Ambassador has recently said that the top leadership of Russia is taking all necessary measures to settle the situation on the Armenian-Azerbaijan border. A reporter said that most of these steps are unknown to the public and asked whether it’s not the time to announce those steps and say what exactly Russia is doing for this situation. In response the Ambassador said that a lot is known about what steps Russia is taking because the Armenia-Russia-Azerbaijan deputy prime ministerial working group, which has been formed based on the 2020 November 9 and 2021 January 11 trilateral statements, is operating quite well.

“These, in fact, are the issues that have been brought forward, and in case of their solution there will be peace and development according to all sides. We appreciate these formats, are attaching great importance to them despite the problems and challenges. We believe that this is in the interests of all sides. There is a political will both from the Armenian and Azerbaijani sides. We will continue working with these formats,” he said.

He also recalled the presence of Russia in the “problematic” sections of the border.

“Our military, our peacekeepers and our border guards are in touch with both sides. They are working and operating here, and this is also an important factor for ensuring stability and preventing further escalation. Political dialogues both at bilateral and trilateral formats are constantly taking place. There are regular contacts also at a high level. In other words, there are complex steps and measures which are directed for not making the situation getting worse, and eventually having progress in the implementation of necessary agreements,” Kopyrkin said.

The Ambassador also said that the speculations that Russia is turning its back to the region and Armenia are groundless. “I officially state clearly that this is more than speculation,” the Ambassador stated.