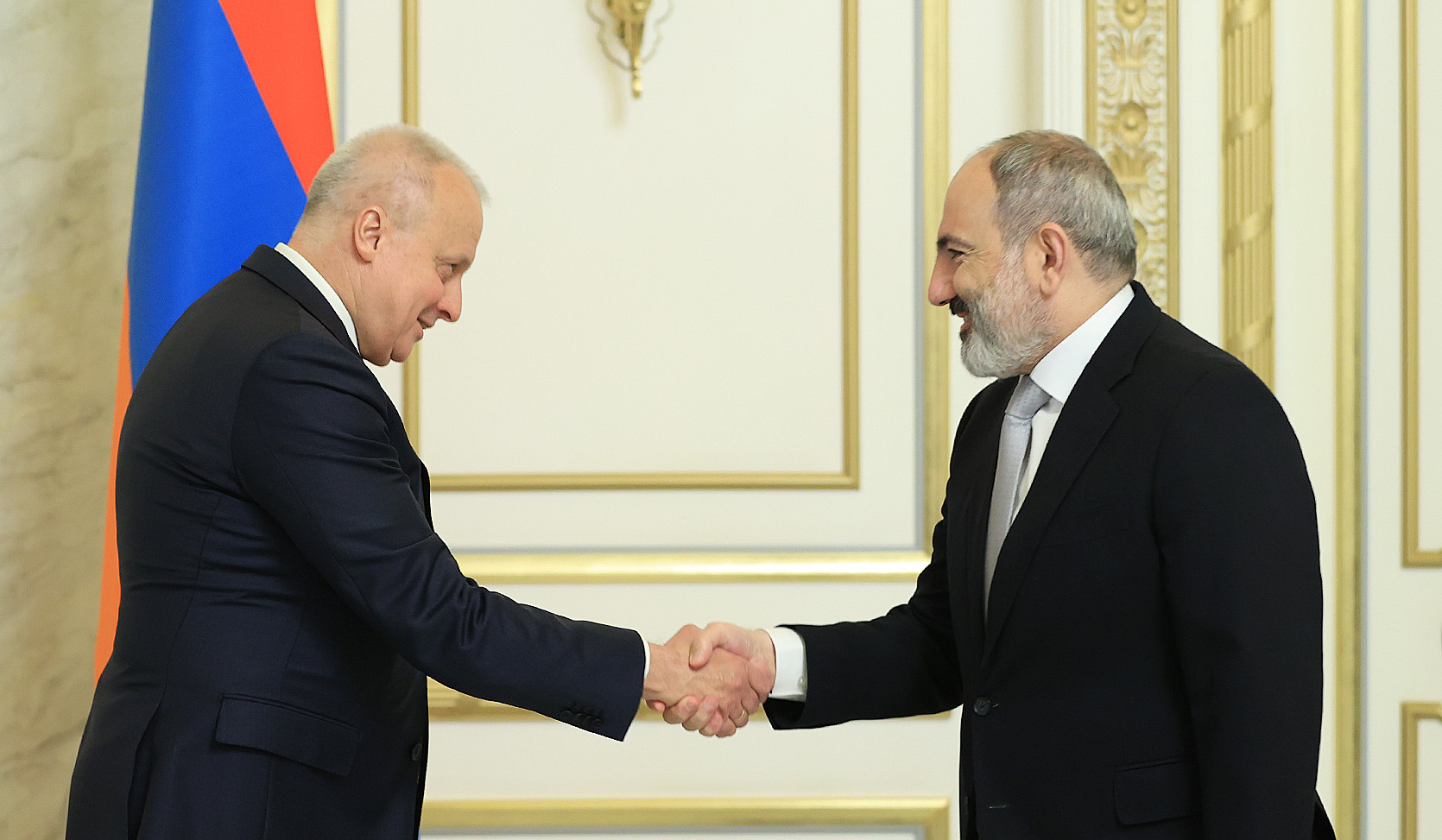 Prime Minister Nikol Pashinyan received Ambassador of Russia to Armenia Sergei Kopyrkin.
PM Pashinyan said that the Armenian-Russian allied relations bear a dynamic character over the recent years, adding that the Russian Embassy in Armenia has a great contribution to this.
Pashinyan said that there are close contacts between the partners of the two countries, which, he said, is important for giving a new impetus to the mutual partnership. At the same time, he highlighted the regular meetings with the Ambassadors of the OSCE Minsk Group Co-Chair countries and emphasized the importance of this format in the settlement of the Nagorno-Karabakh conflict.
Sergei Kopyrkin thanked the Prime Minister for highly appreciating the activity of the Russian Embassy and said that their goal is to do everything to contribute to the further development of the bilateral allied and brotherly relations.
During the meeting the sides also discussed issues relating to the Armenian-Russian cooperation agenda, the settlement of the NK conflict and the processes taking place in the South Caucasus region.
Views 164