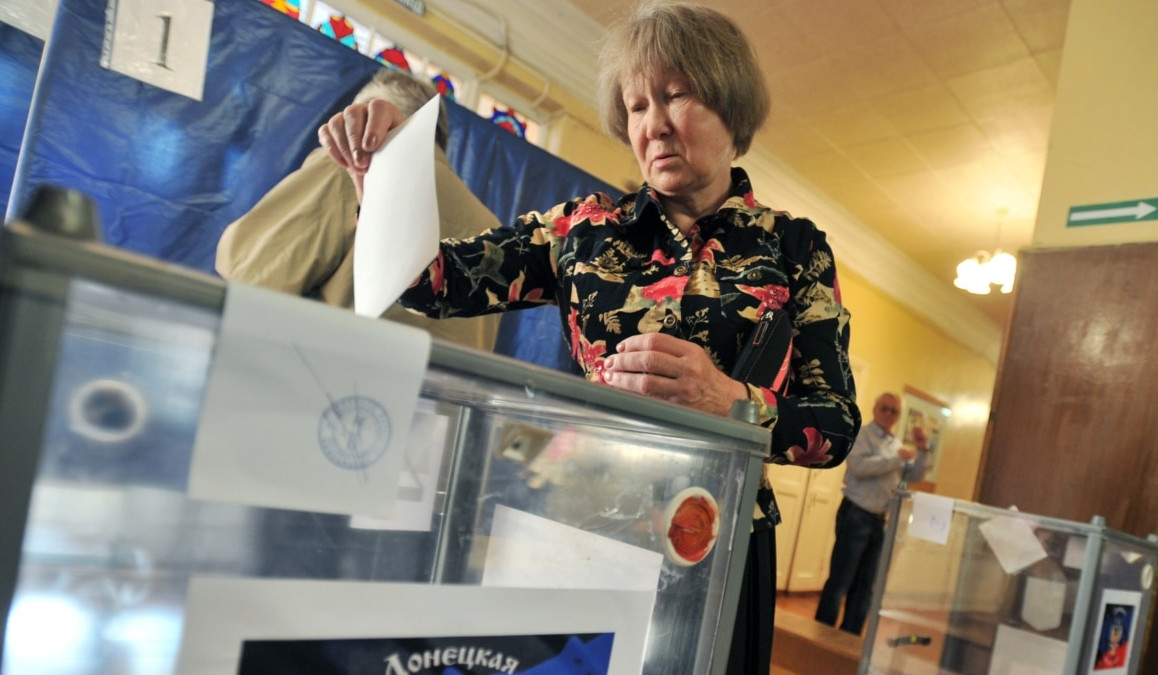 Kyiv’s response to referendum and its results

Kyiv said on September 28 that Moscow-orchestrated votes on becoming part of Russia held in four Ukrainian regions partially controlled by Moscow were "null and worthless," and called on the West to "significantly" increase its military aid to Ukraine, RFE/RL's Russian Service reports.
Russian-backed officials earlier announced the final results, saying voters had "overwhelmingly" supported becoming part of Russia.
Referendums that the West and United Nations have called “sham” votes took place between September 23- and September 27 in the parts of the Zaporizhzhya, Lugansk, Donetsk, and Kherson regions. The territories account for about 15 percent of Ukraine's territory.
The move has been dismissed by Ukraine, Western governments, and the United Nations because the vote is illegal under international law.
The Ukrainian Foreign Ministry said in a statement that the Russian-staged votes were "null and worthless" and urged its international partners to impose tough new sanctions on Moscow and provide Kyiv with more military aid.
"Ukraine will never agree to any ultimatums," the ministry said.
"Ukraine calls on the EU, NATO, and the Group of Seven to immediately and significantly increase pressure on Russia, including by imposing tough sanctions and significantly increase their military aid to Ukraine," it said.
Ukrainian President Volodymyr Zelenskiy on September 27 called the polls and the results "a farce" orchestrated under "the muzzle of a gun," while U.S. officials said Washington was preparing a new round of sanctions against Russia should it annex Ukrainian territory.
EU foreign policy chief Josep Borrell on September 28 slammed the "illegal annexation" votes and their "falsified" results.
"EU denounces holding of illegal 'referenda' and their falsified outcome," Borrell said on Twitter.
"This is another violation of Ukraine's sovereignty and territorial integrity, amidst systematic abuses of human rights," he said.
The sham referendum was held amid claims by some local officials that voters have been threatened and coerced into voting. Election officials brought ballot boxes house-to-house in many cases accompanied by armed Russian forces.
In eastern Ukraine's Donetsk region, 99.23 percent of those who came to the polls voted for its entry into Russia, prompting Moscow-backed separatist leader Denis Pushilin to hail the result as "colossal."
In another eastern region, Lugansk, Russia-appointed election officials said the final result was 98.42 percent in favor of the annexation.
The polling authority in Zaporizhzhya said 93.11 percent of the ballots cast were in support of the annexation while in Kherson, 87.05 of those who voted were allegedly in favor of the annexation.
Valentina Matviyenko, the chairperson of the Russian parliament's upper house, said President Vladimir Putin is scheduled to address the assembly about the referendums on September 30 and said lawmakers could consider annexation legislation on October 4.
In his nightly video address on September 27, Zelenskiy said that "the figures of the alleged results of the pseudo-referendum were drawn in advance."
He said every country in the world must now provide a clear signal against Russian annexation.
"In front of the eyes of the whole world, Russia is conducting an outright farce called a 'referendum' on the occupied territory of Ukraine," he said.
"People are forced to fill out some papers for a TV picture under the muzzles of machine guns."
In a video message earlier to the United Nations, Zelenskiy said that Ukraine would not be able to negotiate with Russia after the votes.
Views 9