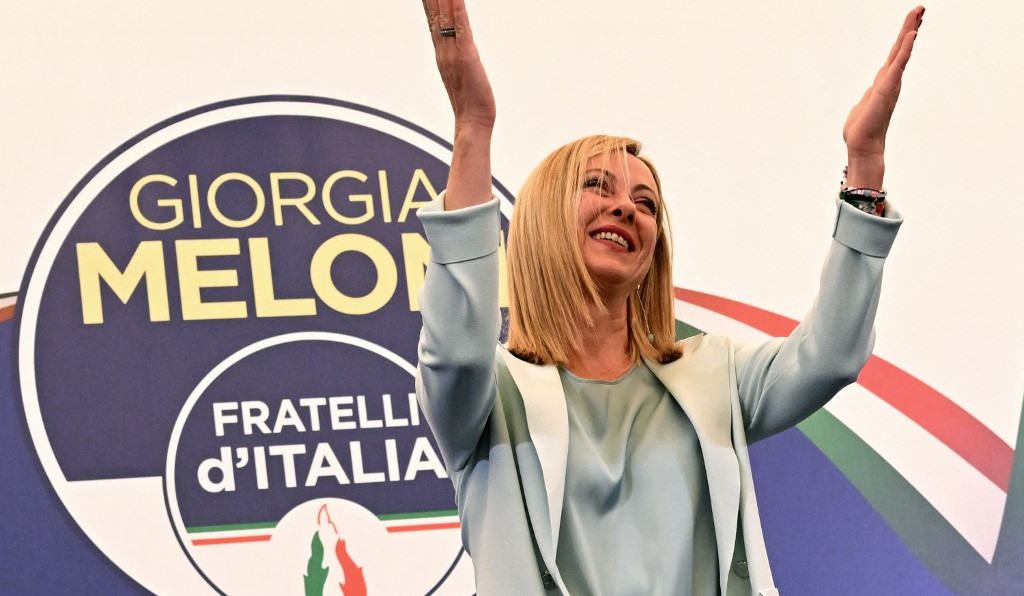 'We are a starting point, not a finish line' - says Meloni after Italy election first projections

Giorgia Meloni, head of the nationalist Brothers of Italy party, said on Monday (September 26) Italian voters had given a clear mandate to the right to form the next government and called for unity to help confront the country's many problems, Reuters reports.

Provisional results from Sunday's general election showed Meloni's Brothers of Italy (FdI) group topping the polls with almost 26% of the vote, propelling an alliance of right-wing parties to clear majorities in both houses of parliament.

As head of the largest single party, Meloni will almost certainly get the nod from the head of state to form a new government and face up to a daunting array of problems, including surging energy prices and war in Ukraine.

"When this night is over, we must remember that we are not at the end point, we are at the starting point. It is from tomorrow that we must prove our worth," the 45-year-old Meloni told party faithful early Monday morning.

The rapid rise in her fortunes is intricately tied to the transformation of Brothers of Italy, which has moved out of the shadows and into the mainstream without ever fully repudiating its post-fascist roots.

Friends and critics alike say the surge in support is largely due to the steely determination of Meloni, who won her first local election at 21 and became Italy's youngest ever minister when, at the age of 31, she was given the youth portfolio in Berlusconi's 2008 government.