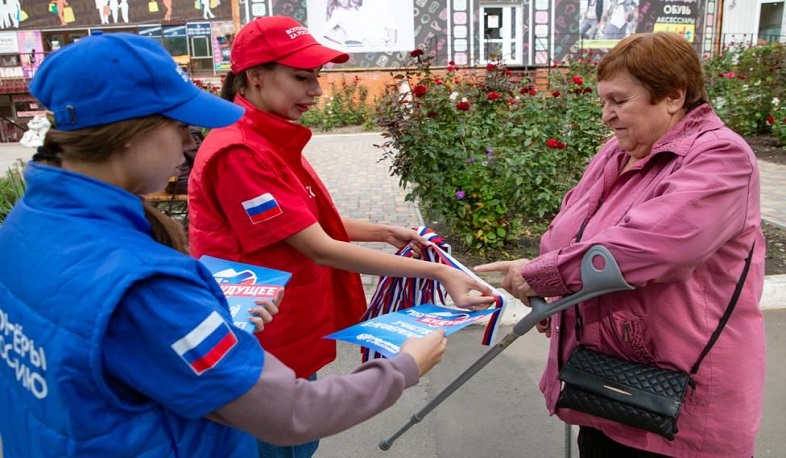 Balloting in the referendums in the Donetsk and Lugansk People’s Republics (DPR, LPR) to join Russia is going ahead calmly, the heads of the DPR and LPR civic chambers said at a briefing hosted by Russia’s Civic Chamber on Friday, TASS reports.

"Everything is calm here, things are going normally. Over 1,000 observers are [at work]," DPR Civic Chamber Chairman Alexander Kofman pointed out. He said that his deputies were monitoring the referendum at polling stations in Russia. "Everything is calm, no incidents have been recorded so far," Kofman noted.

LPR Civic Chamber chief Alexey Karyakin, in turn, emphasized that the voting process was proceeding calmly. According to him, the combat readiness of all units of the People’s Militia has been beefed u for the referendum and all polling stations are being guarded. "It’s totally clear to us that Ukraine is a terrorist state that won’t stop at anything. Our referendum is a pain in the neck to them so they will do everything they can to disrupt this activity," Karyakin stressed.

The authorities of the Donetsk and Lugansk People’s Republics, as well as the administrations of the Zaporozhye and Kherson Regions, earlier decided to hold referendums on joining Russia as constituent entities. Voting is taking place in all of these territories on September 23-27.