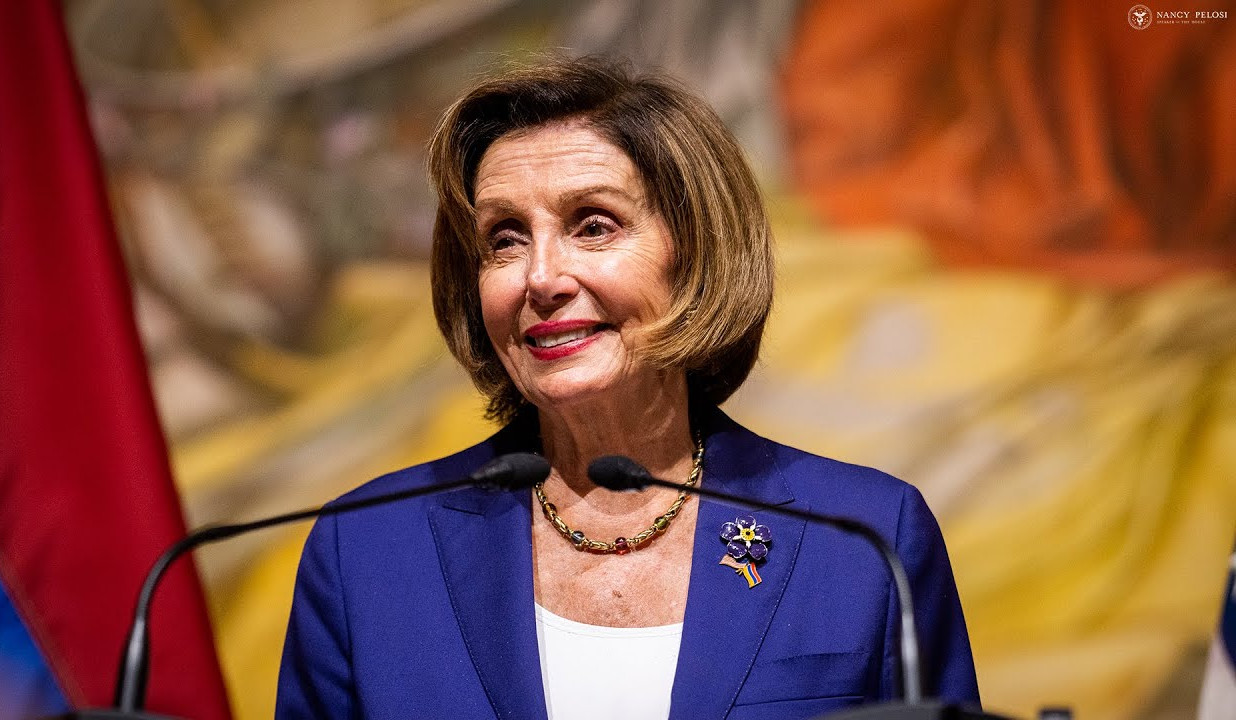 Congress is committed to ensuring that the truth of the genocide is never erased: Pelosi

Speaker Nancy Pelosi issued this statement at the conclusion of her Congressional delegation trip to Yerevan, Armenia, the Speaker’s website reports.
“Our Congressional delegation traveled to Armenia, an important front in the battle between democracy and autocracy.  Throughout our engagements in Yerevan, the capital, we conveyed a strong message of support for Armenia’s democracy and security, particularly following Azerbaijan’s offensive against Armenia.  Our visit was planned before the September 12th initiation of hostilities.
“Members of the House Armenian Caucus Chairs Frank Pallone, Anna Eshoo, and Jackie Speier, and I began our visit by laying a wreath at the Tsitsernakaberd Armenian Genocide Memorial.  There, we prayed for the 1.5 million Armenian men, women, and children murdered in the genocide.  Congress is committed to ensuring that the truth of the genocide is never erased – which is why, in 2019, we passed legislation to formally acknowledge the Armenian Genocide, which President Biden echoed with his official recognition last year.  It was a privilege to be awarded the Ambassador Henry Morgenthau medal from the Genocide Museum-Institute, which I accepted on behalf of the Congress for our work to recognize and raise awareness on the Armenian Genocide.
“Our delegation was honored to meet with Prime Minister Nikol Pashinyan and other high-level government leaders, including Speaker of the National Assembly Alen Simonyan and Defense Minister Suren Papikyan.  These engagements provided for an exchange of ideas on policies and actions to advance stability, peace, and prosperity in Armenia and the region.
“Important to our visit, our delegation then held a roundtable with civil society leaders, who expressed the concerns and needs of their people during this difficult time and shed their light on Armenia’s battle for its democracy and security.  It was my honor to address those leaders in a speech at the Cafesjian Center for the Arts, a crown jewel of Armenian culture, where I delivered a clear message of America’s commitment to Armenia.  Later, we met with opposition leaders serving in the National Assembly.  While there are disagreements about domestic policy, there was clear agreement among these leaders that Azerbaijan must immediately stop its aggression.
“Further informed and inspired by the reception that we received, our delegation returns to Washington proud and ready to advance the Congress’s longstanding commitment to a democratic Armenia and a secure, peaceful Caucasus region”, the statement reads.
Views 1230