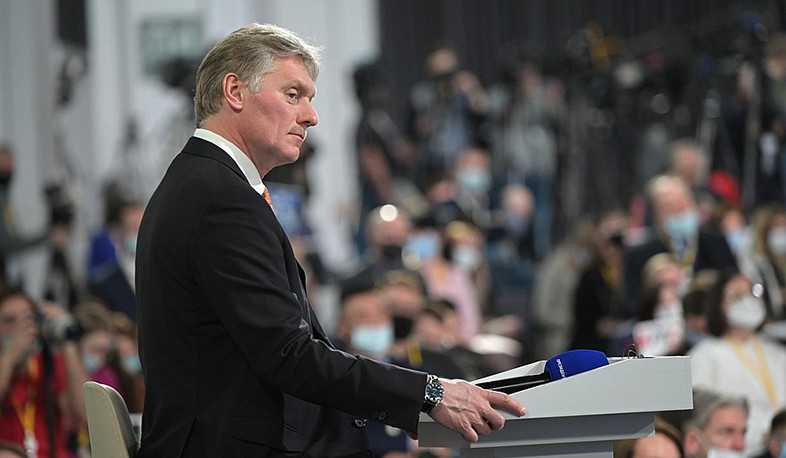 Russia is ready to welcome any practical efforts to help settle the crisis between Azerbaijan and Armenia, Kremlin Spokesman Dmitry Peskov said on Monday, when commenting on US House Speaker Nancy Pelosi's visit to Yerevan, TASS reports.

"Anything that is not words, but in deeds - and not in a bombastic, populist manner, but in reality, in a quiet and businesslike way - can contribute to the normalization of relations and the stabilization of the border situation, all this can be welcomed. Whether such high-profile actions and statements can actually contribute to this normalization, we'll wait and see. All this will be clear with time," Peskov maintained.

During the pre-dawn hours of September 13, the Armenian Defense Ministry said that Azerbaijani forces had opened fire on some of the country’s settlements. Baku said it was responding to provocations by Yerevan. Azerbaijan later said a ceasefire agreement was reached but Armenia said that the shelling had continued. The Armenian Security Council convened an emergency meeting where a decision was made to ask Russia to use the provisions of the Agreement on Friendship, Cooperation and Mutual Assistance and also to appeal to the Collective Security Treaty Organization and the UN Security Council.

On Saturday, Pelosi, who holds the third highest post in the US government, arrived in Armenia, where she plans to stay until September 19. On Sunday, she met with Prime Minister Nikol Pashinyan and President of the Armenian National Assembly Alen Simonyan.