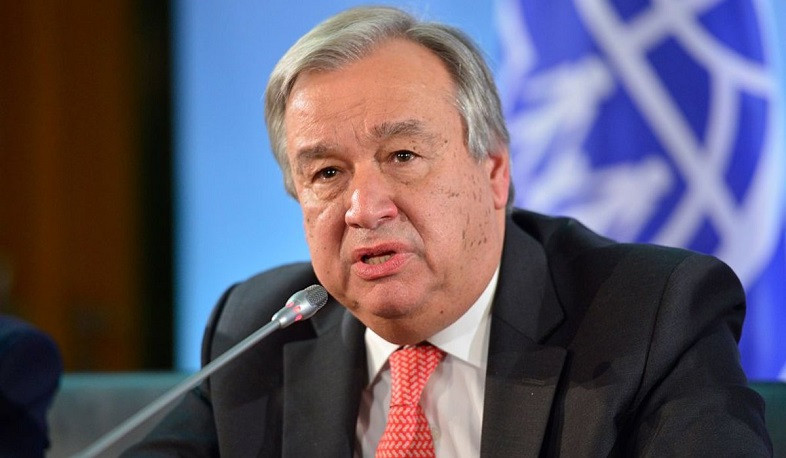 The potential for a meeting between Russian President Vladimir Putin and Ukrainian President Volodymyr Zelensky is far from possible at the moment but the United Nations is ready to help facilitate such meeting, UN Secretary-General Antonio Guterres told Sputnik.

"Realistically, I think we are still far from that possibility. Probably it will be still difficult to have direct meeting between the two presidents, but that, of course, depends on them," Guterres said.

Guterres added that the UN is ready to facilitate such negotiations, and that it would be "important" to create conditions for achieving peace in accordance with the UN Charter, with international law, but the holding of this meeting depends on the wishes of Putin and Zelensky.

In his opinion, the chances of concluding a peace agreement between Kyiv and Moscow at the moment are minimal. Mainly, because both sides "are still committed" to the goals in the current crisis. Guterres added that the organization "heard" Putin committing to go on with the special military operation until its targets are reached, and Zelensky to "liberate" parts of Ukraine that are under Russian control.

Furthermore, Guterres told Spuntik that he hopes Russia and Ukraine will reach a broad agreement to resolve issues concerning prisoners of war.

Asked if the UN is ready to facilitate such an exchange, Guterres said that normally the UN does not participate in the exchange of prisoners of war, as this is the responsibility of the International Committee of the Red Cross (ICRC).


"We express our wish that Russia and Ukraine will be able to reach agreements as broad as possible in that regard," Guterres said.

Ukrainian President Volodymyr Zelenskyy said Ukraine will not help facilitate exports of Russian ammonia if Moscow does not release Ukrainian prisoners of war.

Earlier this month, Russian President Vladimir Putin in a conversation with German Chancellor Olaf Scholz pointed out that Russia grants the ICRC access to Ukrainian prisoners of war, while Kyiv is not doing the same.