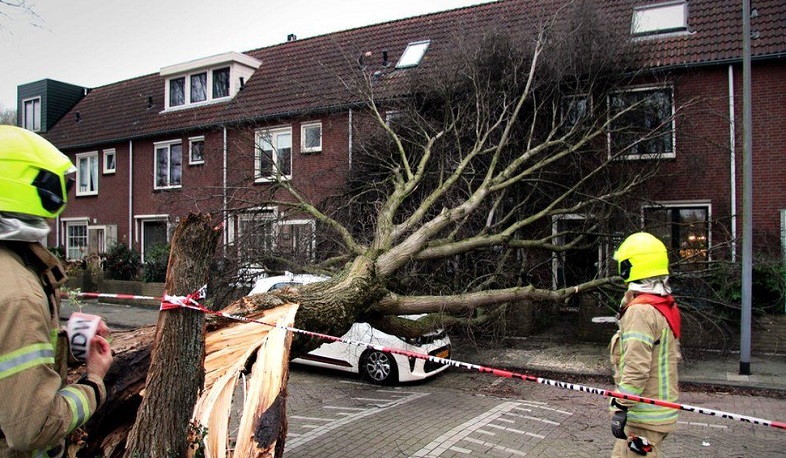 Fires, floods and storms: two days of extreme weather around the world

Reuters. Floods, fires and storms brought chaos and destruction across the world on Thursday and Friday (August 18-19) in two days of extreme weather.
Wildfires burned in eastern Spain as strong winds fanned up flames raging through parched bushland.
More than 400 people and 36 aircraft were working on Thursday to control a wildfire that had burnt more than 19,000 hectares (46,950 acres) forcing the evacuation and confinement of over 1000 people in nearby villages.
However, a fire in Vall d'Ebo, also in Valencia, was extinguished.
Torrential rain hit parts of New Zealand for a fourth day on Friday, forcing hundreds of people from their homes as rivers overflowed their banks and waterlogged ground becomes unstable.
Nelson, on the north coast of the South Island, has been worst affected, with more than 400 homes evacuated and some declared uninhabitable because of the rains.
France's weather forecaster lifted a major storm warning for Corsica on Friday, a day after hurricane-strength winds and rain ripped across the Mediterranean island, killing five people.
A natural catastrophe decree is expected to be approved next week, which will help residents and businesses with insurance claims for damage caused by the storm, regional leader Gilles Simeoni told franceinfo radio.
Hail, heavy rain and winds peaking at 225 km per hour (140 mph) swept the island on Thursday morning, smashing boats and cars, uprooting trees and damaging houses.
Flooding caused by heavy rainfall in the western Chinese province of Qinghai has killed 16 people, state media reported on Thursday, with an additional 36 missing.
Heavy and sudden downpours in Datong Hui and Tu Autonomous County, population 403,368, of Qinghai province started late Wednesday, causing flooding on the mountains and triggered landslides, according to China's state broadcaster CCTV.
Rivers changed courses and flooded villages and towns. More than 6,200 people were affected by the flood.
Southern Italy remained in the grip of a heatwave, with temperatures climbing close to 40C (104°F) fuelling wildfires on the island of Sicily.
Firefighters battled early on Friday with a wildfire on Mount Grifone, on the outskirts of Palermo.
Smoke caused traffic jams on the highway connecting Palermo to Catania.
Two people were killed by falling trees in central Italy on Thursday as powerful storms battered several regions after weeks of punishingly high temperatures, rescue services said.
Italy's civil protection unit said that the bad weather would sweep south overnight and issued warnings for Friday for 11 of the country's 20 regions.
Views 58