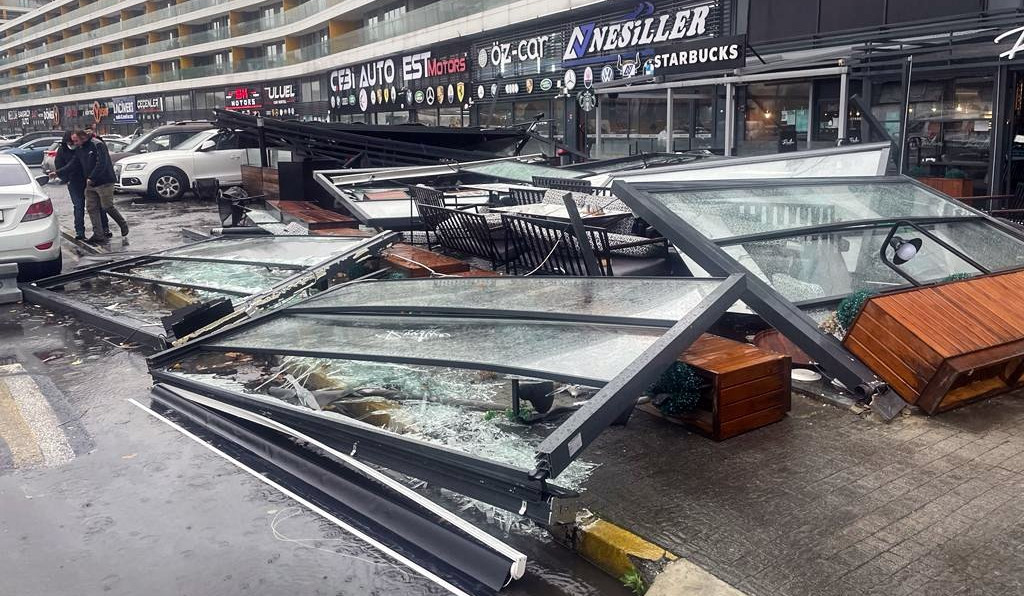 At least six people, including a foreign national, died and dozens of others were injured on Monday after heavy storms hit Turkey's biggest city Istanbul and its surrounding regions, Turkish media reports.

Two women died in Istanbul’s Esenyurt and Sultangazi districts, while a construction worker died when a collapsing wall crushed him in the northern province of Zonguldak. A person died in Kocaeli while trying to strengthen his home's roof as strong winds ripped the structure apart and carried it onto a street.

In Istanbul, authorities urged citizens late Monday not to go outside unless necessary due to falling objects and clogged roads. Traffic on the July 15 Martyrs' Bridge, also known as the Bosporus Bridge, was briefly halted due to security concerns, leading to hourslong traffic jams. Istanbulites suffered from long queues at bus stops as ferry services were canceled and Metrobus services crossing the Bosporus were also suspended. The Bosporus was also closed to ship traffic in both directions.

The strong winds also forced authorities to cancel ferry services between the coastal resorts of Bodrum and Datça, the private DHA news agency reported. Some boats docked in Maltepe and Pendik suffered severe damage due to the storm, which also caused a cargo ship to collide with a pier at the Port of Ambarlı.

Seas overflowed and roofs blew away in some provinces of Izmir, Kocaeli and Bursa. Turkish State Meteorological Service (TSMS) issued an orange-level storm warning for 17 provinces, the second-highest of the four danger levels, and a yellow alert, the third-highest danger level, for 35 provinces.

According to the TSMS, more torrential rain and thunderstorms are possible in the Marmara, Aegean, western Mediterranean and western Black Sea regions and the northwest of central Anatolia.

Mud rain was seen in Istanbul in the morning hours due to the storm, Daily Sabah reported.