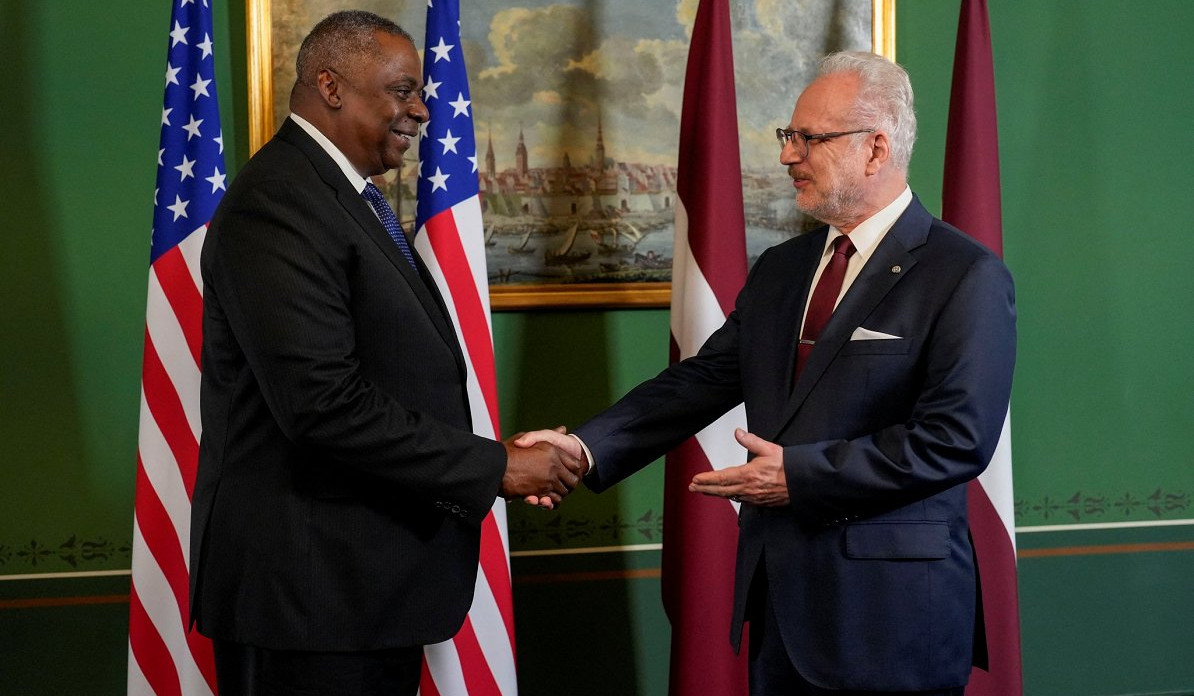 "International efforts to boost Ukraine's military capabilities continue to make a real difference on the battlefield, and that's been critical in helping Ukraine defend itself," Austin said during a meeting with Latvian prime minister Krisjanis Karins in Riga

He added the U.S. would enhance its presence in the region and "intensify our training with our Baltic allies."

The U.S. announced increases in troop deployments across NATO's Europe both before and after Russia's invasion of Ukraine.

Austin began his two-day visit to Latvia on Tuesday (August 9) with a visit to an air base at Lielvarde, where U.S. troops are stationed.

NATO and European Union member Latvia plans to gradually raise its defence budget to 2.5% of gross domestic product by 2025 from around 2% now, as it boosts security after its neighbour Russia sent troops into Ukraine in late February.