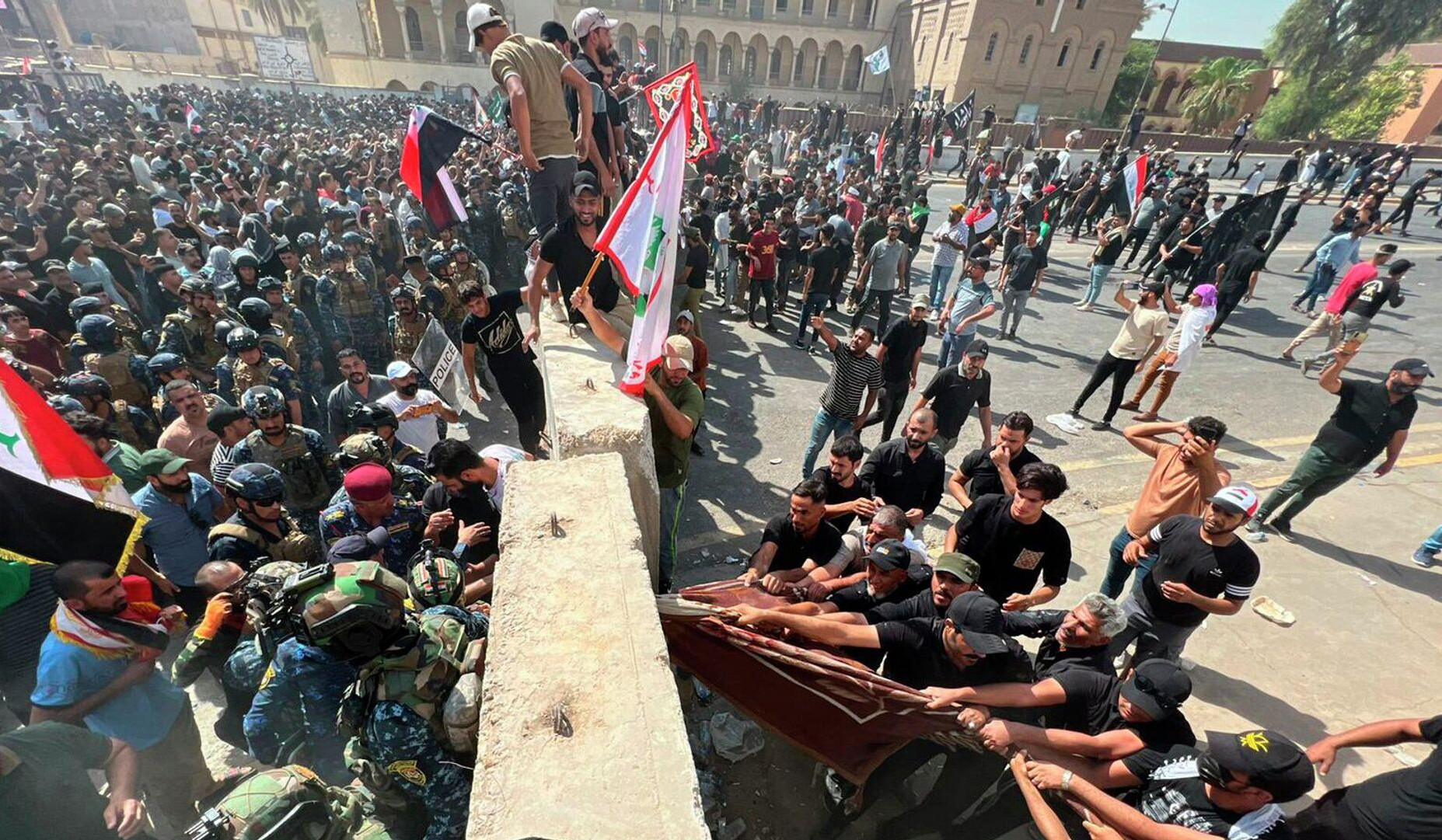 Supporters of Shi'ite populist cleric Moqtada al-Sadr reached Baghdad's fortified government zone on Saturday (July 30) for the second time in a week, escalating a political stand-off that is hitting ordinary Iraqis hardest, Reuters reports.
Video showed protesters standing on top of barriers waving flags, while helping each other to scale the barricade. Police fired tear gas and sprayed the protesters with water as sound of stun grenade rang throughout.
The number of wounded and injured during the protests in the capital of Iraq on Saturday has reached 60 people, according to Al-Hadath TV channel.
Some people had signs of suffocation as security forces fired tear gas at demonstrators who stormed a concrete fence erected around a government "green zone" in Baghdad. In addition, several people were injured by rubber bullets, the channel reported.
The scenes followed similar protests on Wednesday (July 27).
Sadr's party came first in a general election in October but he withdrew his lawmakers from parliament when he failed to form a government which excluded his Shi'ite rivals, mostly groups backed by Iran.
Sadr has since made good on threats to stir up popular unrest if parliament tries to approve a government he does not like, saying it must be free of foreign influence and the corruption that has plagued Iraq for decades.
The Sadrists chanted against Sadr's political rivals who are now trying to form a government. Iraq has been without a president and prime minister for a record period because of the deadlock.
Sadr maintains large state power himself because his movement remains involved in running the country - his loyalists sit in powerful positions throughout Iraqi ministries and state bodies.
Iraqis linked neither to Sadr nor to his opponents say they are caught in the middle of the political gridlock.
While Baghdad earns record income from its vast oil wealth, the country has no budget, regular power and water cuts, poor education and healthcare, and insufficient job opportunities for the young.
Views 46