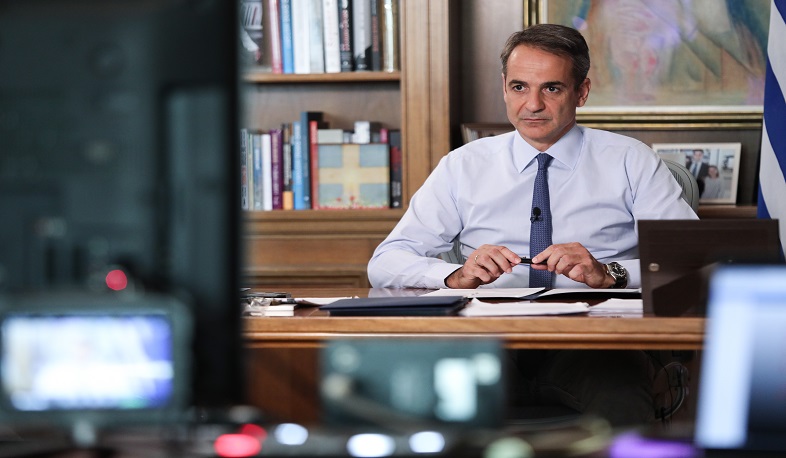 It would be better if Erdogan deals with restoration of the economy instead of neo-Ottoman dreams: Mitsotakis

Turkish President Recep Tayyip Erdogan is better off dealing with the Turkish economy rather than reviving neo-Ottoman fantasies. Greek Prime Minister Kyriakos Mitsotakis stated about this in an interview with CNN.

He emphasized that Greece will protect its territorial sovereignty, but is determined to continue negotiations with the Turkish side.

Mitsotakis considered it irresponsible to engage in nationalist delusions in the current situation.

“We are facing a geopolitical crisis after Russia's invasion, the last thing we need is a source of instability in Southeast Europe. International law is only a tool. Greece has always behaved responsibly. We have faced serious problems in recent months... It is better for Erdogan to deal with the Turkish economy instead of reviving neo-Ottoman fantasies,” the Greek FM stressed, noting that foreign policy should not be used for promoting nationalist sentiments.

“We will do everything to protect our sovereignty,” Mitsotakis added.