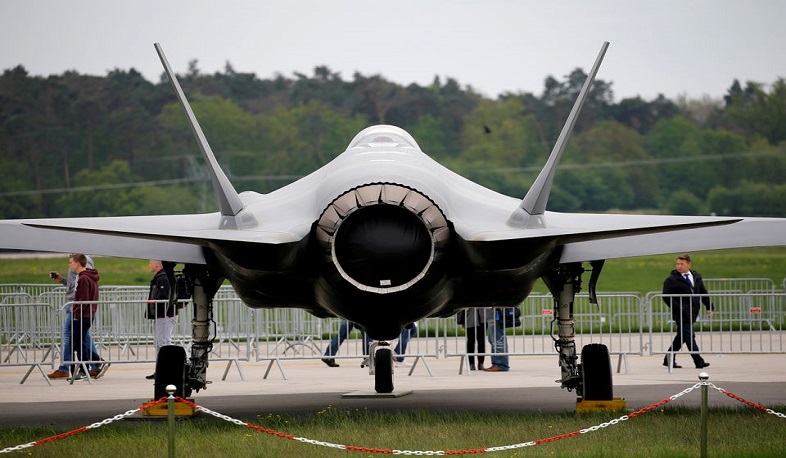 Greece has sent an official request to the United States for the purchase of 20 Lockheed Martin-made F-35 fighter jets, the country's prime minister said, Reuters reports.

NATO member Greece spends more than 2% of its gross domestic product on defence spending. It has beefed up its military purchases in recent years as tensions with its neighbour, historic rival and NATO ally Turkey, have resurfaced.

Prime Minister Kyriakos Mitsotakis said Greece is also examining the purchase of a second group of the jets.

"Our intention is to acquire an F-35 squadron with a possible option for a second one. Sending a Letter of Request (LoR) which has happened in the past few days is part of this process," Mitsotakis told reporters after a NATO summit.

Sending a request is the first step in a multi-stage process, Mitsotakis said, adding that the government expected deliveries of the jets would begin in 2027-2028.

"It is a long process and I am saying this because it means we have the fiscal space allowing us to make such a purchase," the conservative premier, who faces elections in 2023, said.

Greece and Turkey have been at odds for decades over a series of issues ranging from overflights in the Aegean and the extent of their continental shelves and maritime boundaries to energy resources and ethnically-split Cyprus.

Mitsotakis first referred to the purchase of F-35 jets during a visit in May to the United States.

Athens ordered 24 Dassault-made Rafale jets last year for 2.5 billion euros ($2.60 billion) and three navy frigates with an option for a fourth one from France for about 3 billion euros.