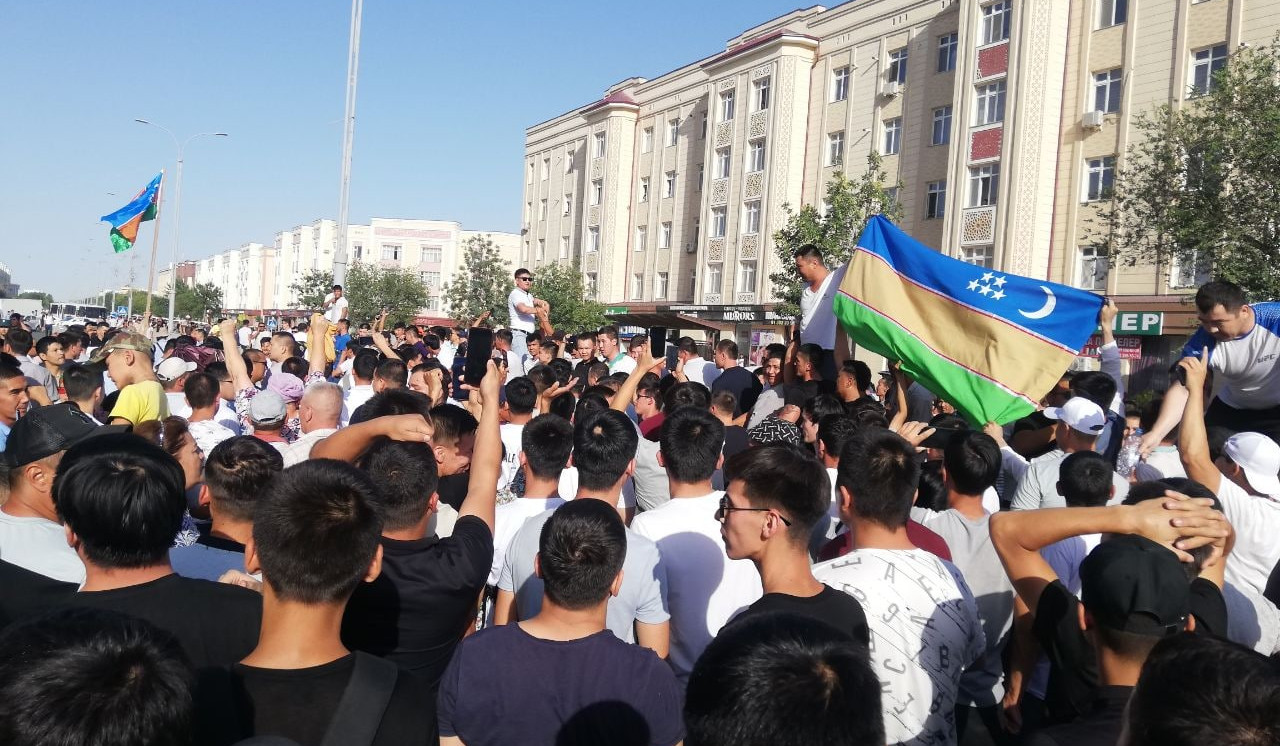 Rare public protests have broken out in Uzbekistan’s Karakalpakstan autonomous republic over a planned constitutional reform that would change its status, Uzbek authorities say, Al Jazeera reports.
Karakalpakstan, that enjoys close ties with Russia, occupies about two-fourths of western Uzbekistan. It is home to Karakalpaks, a distinct ethnic minority group that speaks one of the Turkic languages.
The current Uzbek constitution describes it as a sovereign republic that has the right to secede by holding a referendum.
Uzbekistan plans to hold a referendum in the coming months on a new version of the constitution, which would no longer mention Karakalpakstan’s sovereignty or right to secession.
According to Uzbekistan’s interior ministry, “as a result of misunderstanding the constitutional reforms”, a group of Karakalpakstan residents marched through its capital Nukus and held a rally at the city’s central market on Friday.
The government of Karakalpakstan said in a statement that protesters had tried to take over government buildings, prompting police to intervene and detain their leaders and those who put up active resistance.
Order was later restored in the province, which has a population of two million people, the authorities in Uzbekistan said.
Changes concerning Karakalpakstan are part of broad constitutional reforms proposed by President Shavkat Mirziyoyev, which also include strengthening civil rights and extending the presidential term to seven years from five.
If the referendum endorses the reform, it will reset Mirziyoyev’s term count and allow him to run for two more terms.
Mirziyoyev secured a second five-year term in October with a sweeping 80.1 percent of the vote.
Views 165