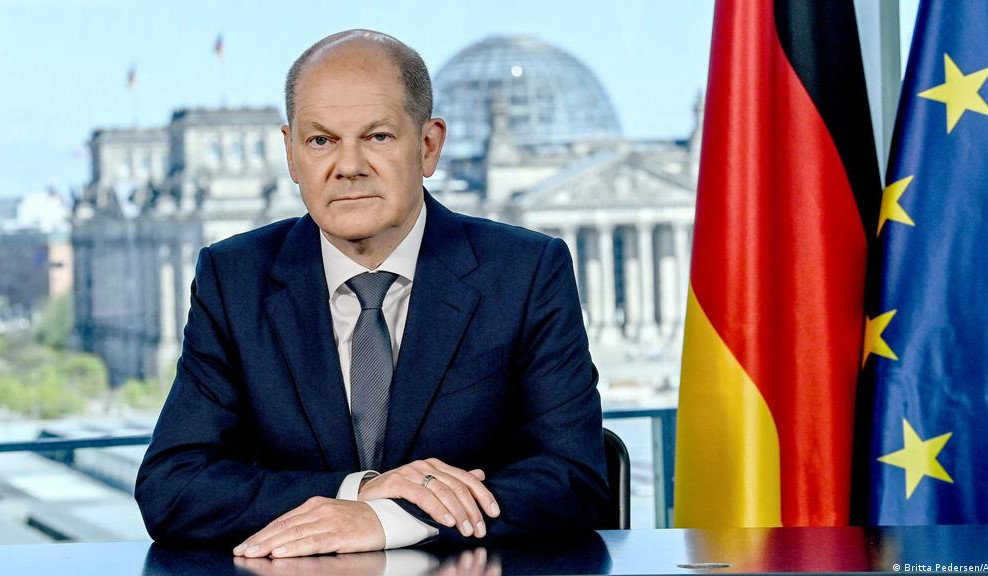 German Chancellor Olaf Scholz said Russian President Vladimir Putin prepared for his special military operation in Ukraine for at least a year before inciting it, and predicted Putin is likely to be able to maintain a drawn-out offensive for a "long time," CBS News reports.
Scholz made the comments in a Thursday interview with CBS News "Face the Nation" moderator and chief foreign affairs correspondent Margaret Brennan at the NATO summit in Madrid. The conflict in Ukraine has now dragged on for more than four months, and Russia is using its firepower to make incremental gains. US intelligence estimates that Russia currently holds about 20% of the country, mostly in eastern Ukraine.
"When will Russia no longer have the ability to continue this fight? When will Putin run out of weapons, run out of funds? Or can this continue for years," Brennan asked Scholz.
No one really knows, Scholz replied, but Putin's lengthy planning suggests he's prepared for “a sustained war effort.”
"He has — he is perhaps the leader of a very great country with a lot of people living there, with a lot of means, and he is really doing this brutal war with — and he prepared for it [for] very long," Scholz said. "I think the decision to- to do this war was taken one year before it started or possibly earlier because he prepared for it. And so, he will be able to continue with the war really a long time."
Scholz said that even though Putin "will not really admit it," he still recognizes that Russia is feeling the impact of Western sanctions.
"You get some idea that it really is hurting him, and that [Putin] understands the deep impacts of our sanctions on his economy..." Scholz said. "This is now happening to a country that is not that advanced, that is really needing all the technologies from the rest of the world for having a similar standard of living, and for having the chance to be part of growth in the world economy."
But when asked about the approximately $2 billion a month Germany has spent on Russian gas, coal and other energy supplies — about the same amount Germany is sending in aid to Ukraine — Scholz denied he was giving Putin an out from the sanctions.
"He cannot buy anything from the money he's getting from us because he will — he has all these sanctions on imports for modern technologies and things he is looking for," he said. "So this is what is making [Putin] very angry."
Views 12