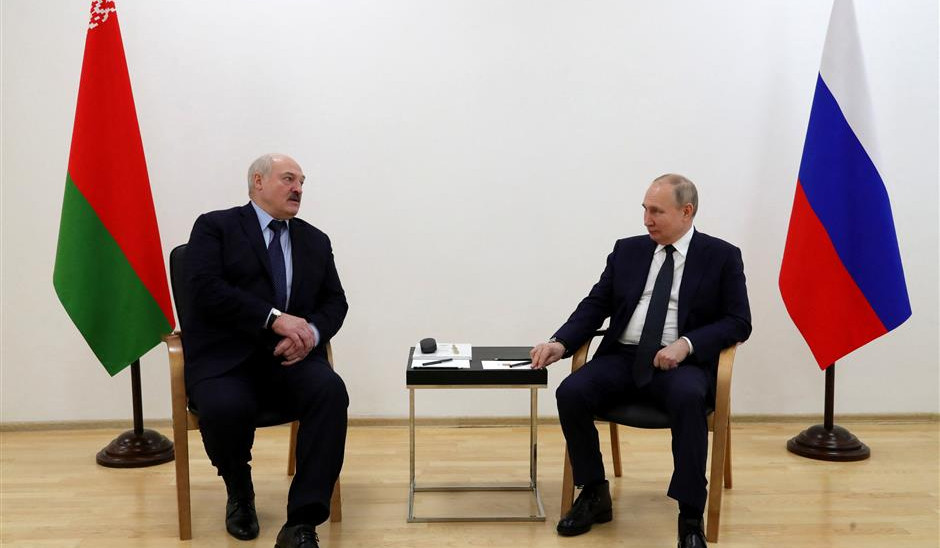 Belarus' integration with Russia speeding up thanks to West: Putin

President of Russia Vladimir Putin on Friday said political pressure from the West was accelerating Belarus' integration with neighbouring Russia, which has been proceeding on and off for more than two decades.

"Unprecedented political and social pressure from the so-called collective West is pushing us to speed up the unification process: together to minimise the damage from the illegal sanctions, to make it simpler to master the output of required products, to develop new competencies, to expand cooperation with friendly countries," Putin told a bilateral forum.

The two Slavic neighbours signed a Union Treaty in 1997 that was intended to restore some of the close ties broken by the collapse of the Soviet Union.

But the enthusiasm of Belarus's autocratic president, Alexander Lukashenko, for closer political integration has waxed and waned, as has Belarus's economic dependence on its far bigger and wealthier cousin.

Lukashenko became more beholden to Moscow in late 2020, when Putin provided political and financial backing as he crushed a wave of anti-government protests triggered by a presidential election that the opposition said had been rigged.

In February, Lukashenko allowed Moscow to use Belarus as a launchpad for some of the Russian armoured columns that invaded Belarus's southern neighbour, Ukraine.

Under the Union Treaty, each state remains sovereign, but grants the other's citizens residency and citizenship rights.