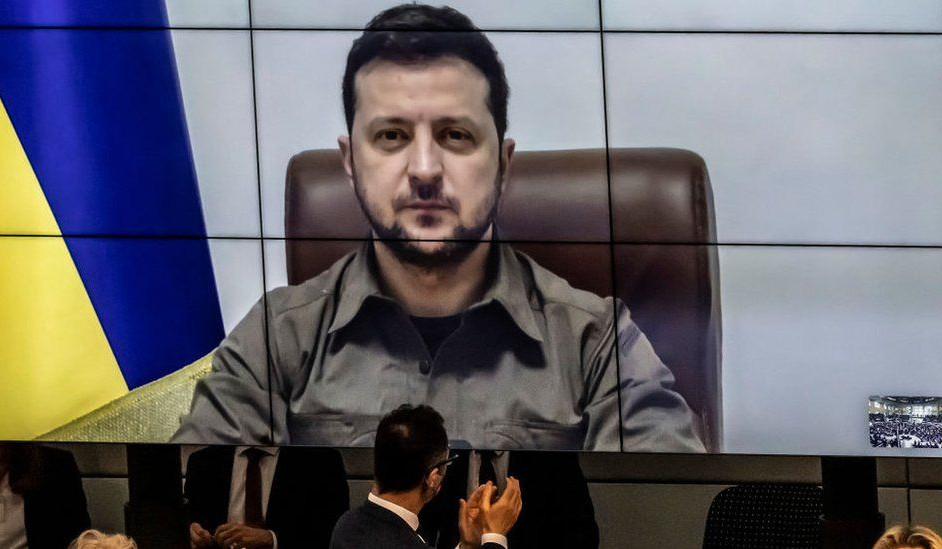 The ongoing conflict in Ukraine moved from being a distant, abstract conflict to something more tangible for the leaders of the world's seven wealthiest democracies on Monday with an address by the embattled country's president, CBC reports.
Volodymyr Zelensky told G7 leaders that despite their efforts to arm his country and to isolate the regime of Russian President Vladimir Putin, more needs to be done — and fast.
He asked for better, more modern air defence systems, more sanctions on Russia and security guarantees, according to European officials.
Ukraine also wants help unblocking its ports for grain shipments, and Zelensky reportedly said he wants the conflict with Russia to end before the onset of winter.
For German Chancellor Olaf Scholtz — who is hosting the summit — propping up the sinking Ukrainian economy is also another consideration.
"We are discussing all of the topics on the agenda, especially in staying united in supporting Ukraine against Russia aggression and we understood that the policies of all of our countries are very much aligned," Scholtz said coming out of a bilateral meeting with Prime Minister Justin Trudeau.
Prior to speaking with G7 leaders, Zelensky emphasized, in his nightly address to his own people, that Ukraine needs an advanced air defence system — a point brutally underlined by the dozens of airstrikes on Kyiv and other major cities across the country over the weekend.
"We talk about this every day with our partners," Zelensky said. "There are already some agreements, and partners need to move faster if they are really partners, not observers."
Early Monday, The Associated Press reported that the U.S. was preparing to announce the purchase of an advanced surface-to-air missile system for Kyiv.
Even though allies moved swiftly to impose an unprecedented range of sanctions, Russia's economy has proven resilient, mostly because countries — including India — have stepped up to buy discounted oil from Moscow.
"This confirms that sanctions packages against Russia are not enough, that Ukraine needs more armed assistance, and that air defence systems — the modern systems that our partners have — should be not in training areas or storage facilities, but in Ukraine, where they are now needed," Zelensky said in his nightly address.
Views 6