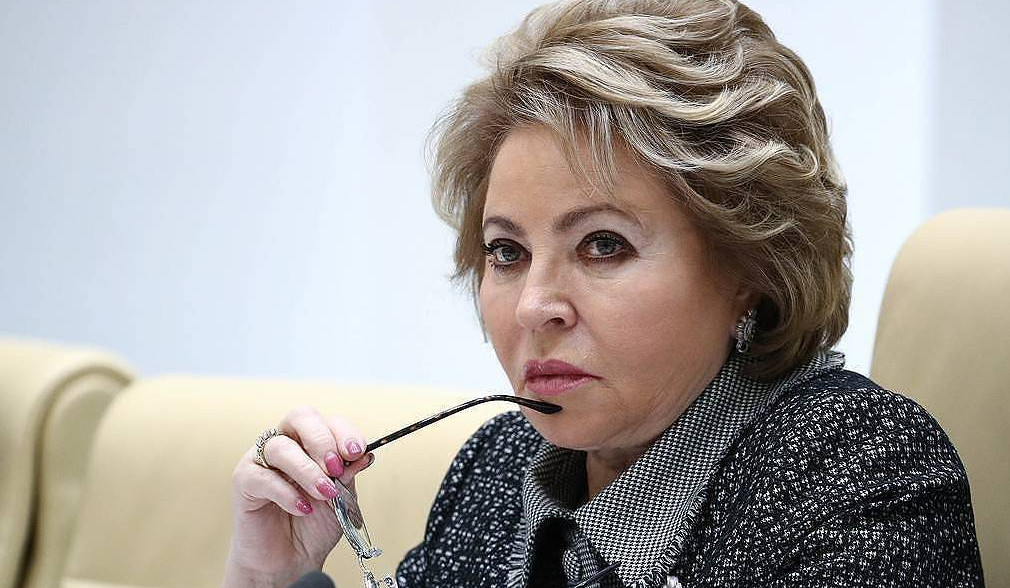 Dialogue with Ukraine should be based on realistic conditions: Matviyenko

Talks between Russia and Ukraine should be held on conditions advanced publicly by the Russian side and take into account the actual situation, speaker of Russia’s Federation Council, or upper parliament house, Valentina Matviyenko said on Sunday, TASS reports.

"Talks on realistic conditions. They are well-known. We have publicly declared them. These conditions were advanced in the goals of the special military operation. And, naturally, Russia will never hold talks on any other conditions because it was Ukraine who crossed the red line," she said in an interview with Belarus’ STV television channel.

"If the West had wanted it, it would have pushed Kiev toward the negotiating table and have forced it to reach peace agreements," she said. "The (Western countries - TASS) had absolutely different goals and tasks. And it is obvious today."

"As for what is going on in Ukraine, it is not Russia who is fighting. It is the collective West, NATO who is fighting against Russia by the hands of Ukrainians. That is why we had to do everything to defend our sovereignty and our security," she stressed.

"Even today, Russia is ready for talks, but not declarative talks geared to invent some schemes or topics to protract negotiations," Matviyenko noted. "Our clearly worded conditions should be accepted. And it will be the basis for talks to agree some nuances and so on. Our conditions are well-known. They are vitally important not only for Russia but for European stability in general."