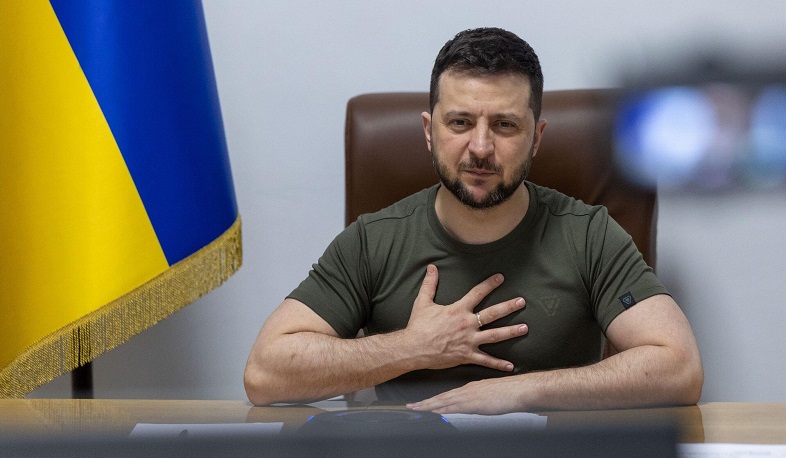 Ukrainian President Volodymyr Zelensky has welcomed the decision by the European Commission recommending that Ukraine be granted the status of a candidate for EU membership and expressed hope for the positive results of next week's European Council meeting.

The head of state said this on Twitter, Ukrinform reports.

The European Commission earlier recommended that Ukraine be granted the EU candidate status, which is a mandatory formal step before the issue is considered at the European Council.

The European Council will consider Ukraine's application for candidate status for membership in the European Union at its meeting on June 23-24.

The issue of granting candidate status has yet to be unanimously approved in the European Union. There are assumptions that it will be confirmed. This is evidenced by the statements of the leaders of France, Germany and Italy.

The European Union is ready to grant Ukraine the status of an EU candidate, as hostilities are currently underway in that country, said French President Emanuel Macron.

"Ukraine could not become a candidate for EU membership. But we are doing it because there is a war going on," BFMTV quoted him as saying.

Macron noted that Kyiv must go a long way to become a full member of the European Union.

Ursula von der Leyen stressed that the whole process will be carried out "strictly following the instructions." Some conditions are attached to today's statement, in particular, the need for further legal and anti-corruption reforms.