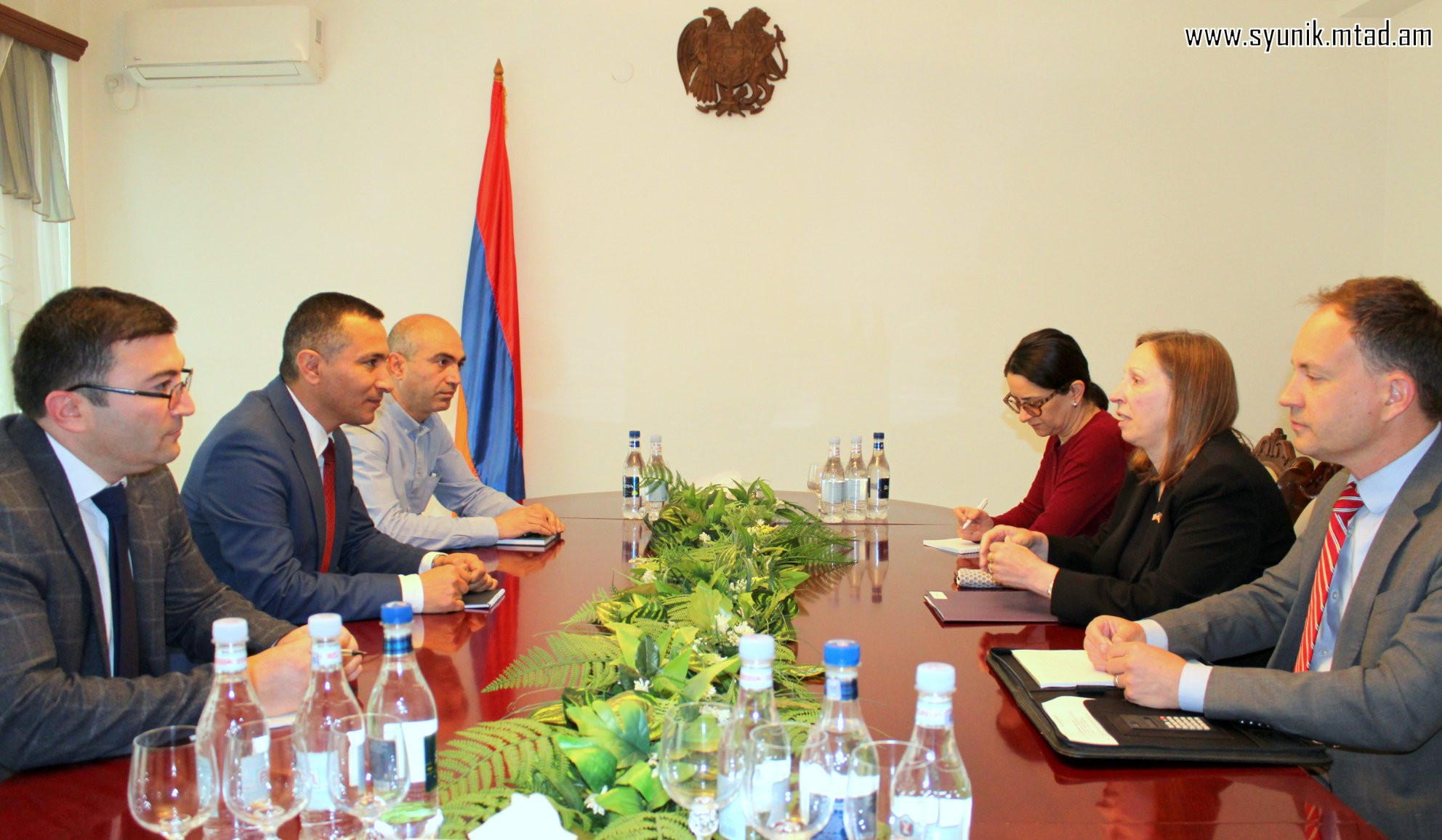 The Governor of the Syunik Province Robert Ghukasyan held a meeting with United States Ambassador to Armenia Lynne Tracy in Kapan.

During the meeting, the United States Ambassador said that she understands that now is a period of time full of challenges for Syunik.

Ambassador Tracy added that the US embassy continues providing assistance through various US government agencies.

Governor Ghukasyan thanked for the projects implemented in Syunik with US investments, especially for the USAID work in villages. The Governor said he hopes these projects will be continued.

Governor Ghukasyan attached importance to the Ambassador’s periodical visits to Syunik, mentioning that these visits are a certain indicator for the local residents.

Ghukasyan and Ambassador Tracy discussed a number of issues aimed at the province’s socio-economic, road construction, agricultural sectors, diversification of economy, educational and youth issues and the directions of developments of the Syunik province.

The United States Ambassador attached importance to tourism development in Syunik, saying that in this context the province has big potential which should be presented to people.

An agreement was reached to continue cooperation and partnership.