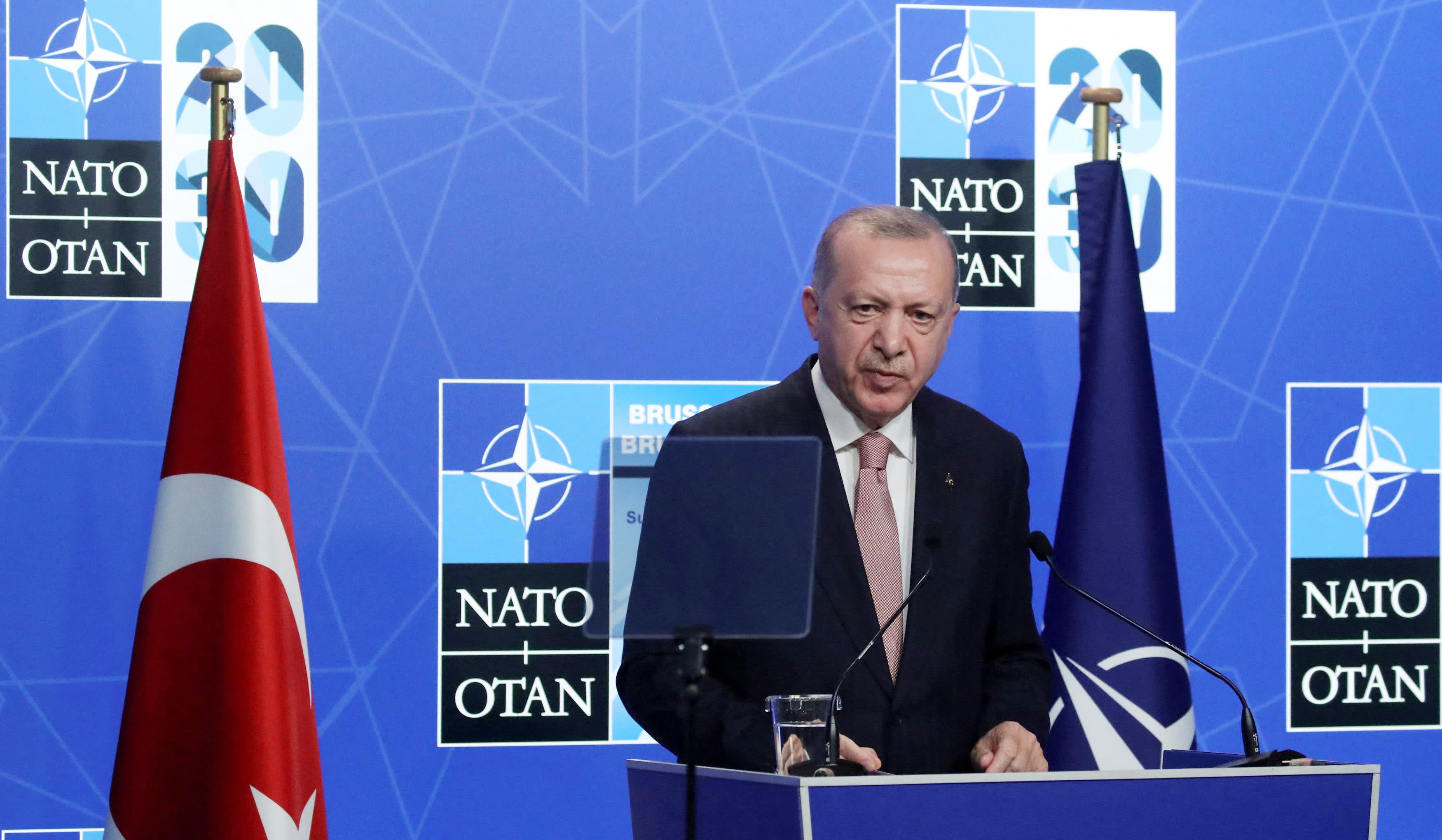 "President Erdogan said in the conversation that Turkey has so far supported NATO’s open door policy and considers solidarity within the alliance, both in terms of security of its member states and collective security, as its core value," the statement says.

"The president pointed out that Sweden should stop providing political, financial support and delivering weapons to terrorist organizations," Erdogan said.

The Kurdistan Workers’ Party (PKK), Syria’s National Defense Forces (NDF) and the Fetullah Terrorist Organization (FETO), which Ankara blames for involvement in an attempted coup in Turkey in 2016, are designated as terrorist organizations in the country.