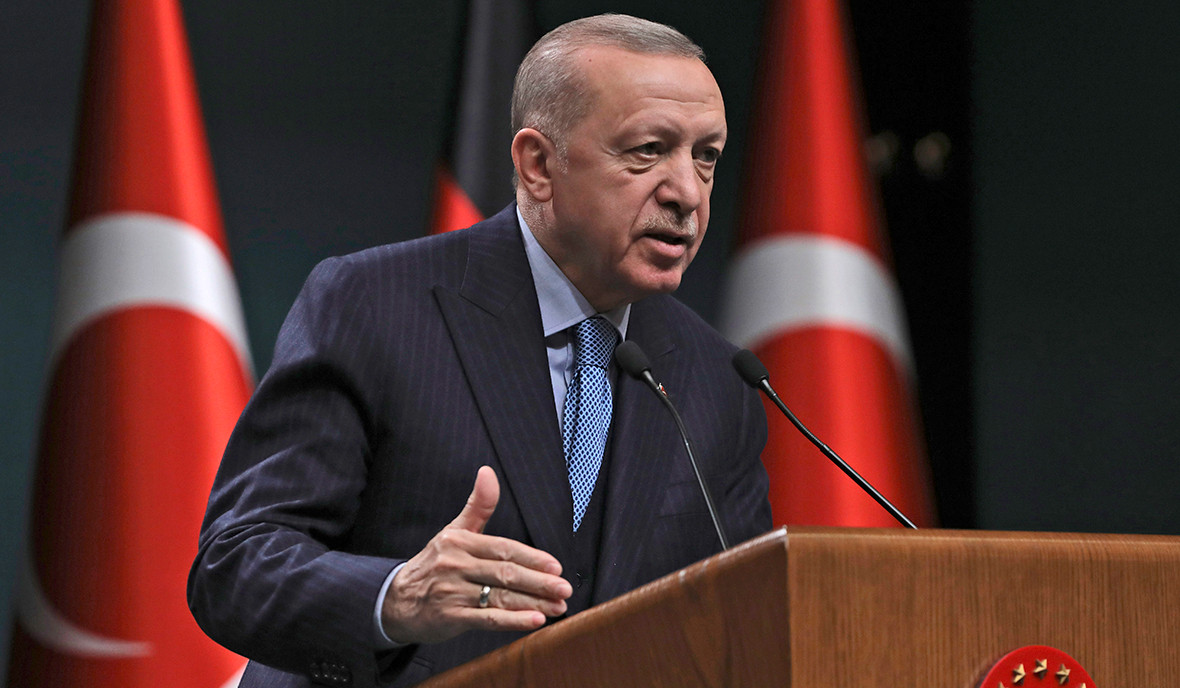 Turkish President Recep Tayyip Erdogan said on Thursday that he had no intention of breaking ties with his Russian counterpart Vladimir Putin over the situation in Ukraine.

"We have pursued a balanced policy in relations with both Russia and Ukraine," Erdogan said at a meeting with Turkish youth in Ankara. "I have no intention of severing ties either with Mr. Putin or with Zelenskyy."

The Turkish president also said he had sent his spokesman Ibrahim Kalin for talks with his Russian and Ukrainian counterparts.

"We will continue doing all that in the period to come, because unleashing World War III would do no good either to our region, or to the world," he said. "Today, we are making a step in nuclear energy jointly with Russia. Hopefully, the Akkuyu nuclear power plant will be built and commissioned within the next year. This would be a very useful resource for us," he concluded.