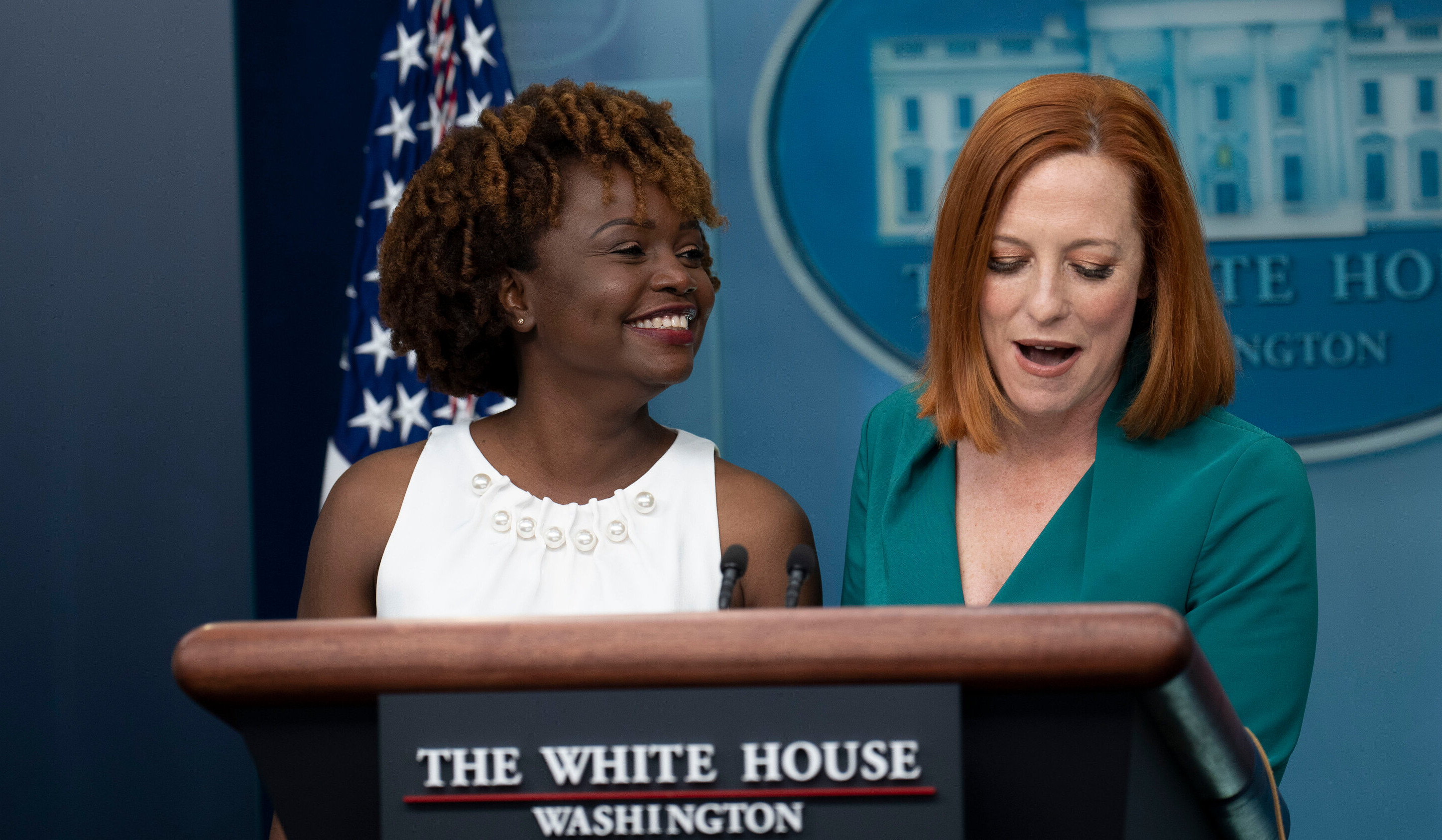 Psaki thanked press office colleagues and members of the media, telling the reporters, "You have challenged me, you have pushed me, you have debated me, and at times we have disagreed. That is democracy in action. That is it working."

Psaki's successor, Karine Jean-Pierre, confirmed on Friday that she will continue to hold regular briefings.

Embedded in their remarks on Friday is a stark difference between presidents and parties. In about 16 months working on behalf of President Joe Biden, Psaki held a greater number of briefings than all of President Donald Trump's press secretaries combined. The Trump-era total was 205, according to Martha Joynt Kumar, director of the White House Transition Project. Kumar counted 58 briefings by Sean Spicer, 107 by Sarah Sanders, zero by Stephanie Grisham, and 40 by Kayleigh McEnany during a four-year period.

"Psaki has restored honor, dignity and class to the White House briefing room after four years of Donald Trump press secretaries, who seemed more interested in picking fights and criticizing the media than effectively communicating that administration's policies and agenda," Poynter's Tom Jones wrote in a column about her departure.

Of course, Trump's spokespeople were doing what he wanted. And Psaki was doing what Biden wanted - restoring a pre-Trump sense of normal. "She came in committed to holding daily briefings - and gaggles if they were on the road," Kumar said. "When you count workdays without weekends and holidays, they held briefing sessions 91% of the days."