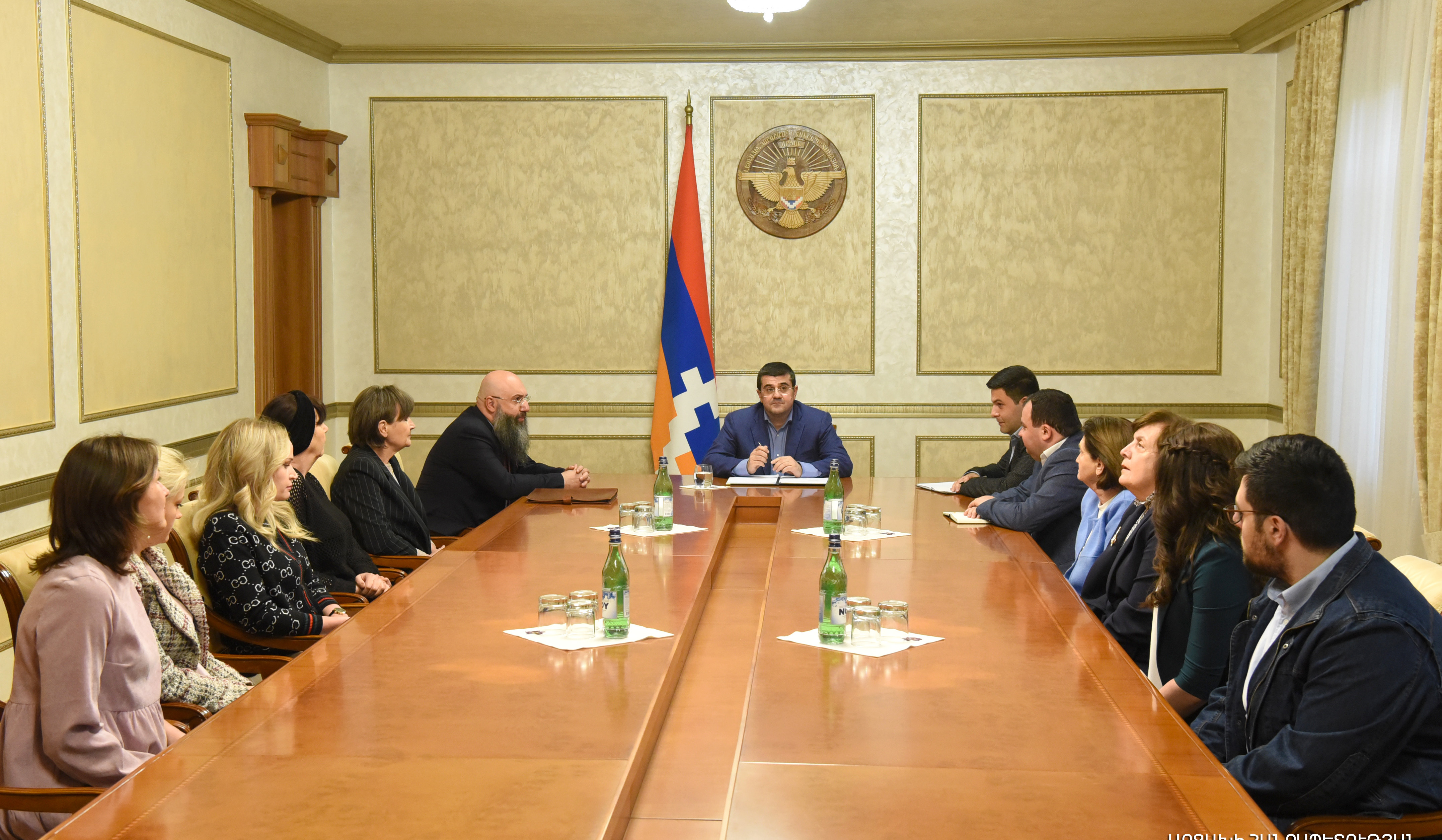 Russian community is always in center of state's attention: President of Artsakh

On May 10, the President of the Artsakh Republic (Nagorno-Karabakh) Arayik Harutyunyan received the representatives of the Russian community of Artsakh led by the head of the community Alexander Bordov.

Issues related to the vital activity of the republic, the policy implemented in the social, educational and cultural spheres were discussed at the meeting.

Touching upon the life of the Russian community in Artsakh, the President noted that it is always in the center of the state's attention, henceforth the authorities will do their best to support the community.

In this context, it was emphasized that after granting Russian language an official status, work is being done to establish Russian cultural houses in the territory of the Republic, to provide them with the necessary equipment, to implement various cultural programs, as well as to raise the level of popularity of the Russian language.