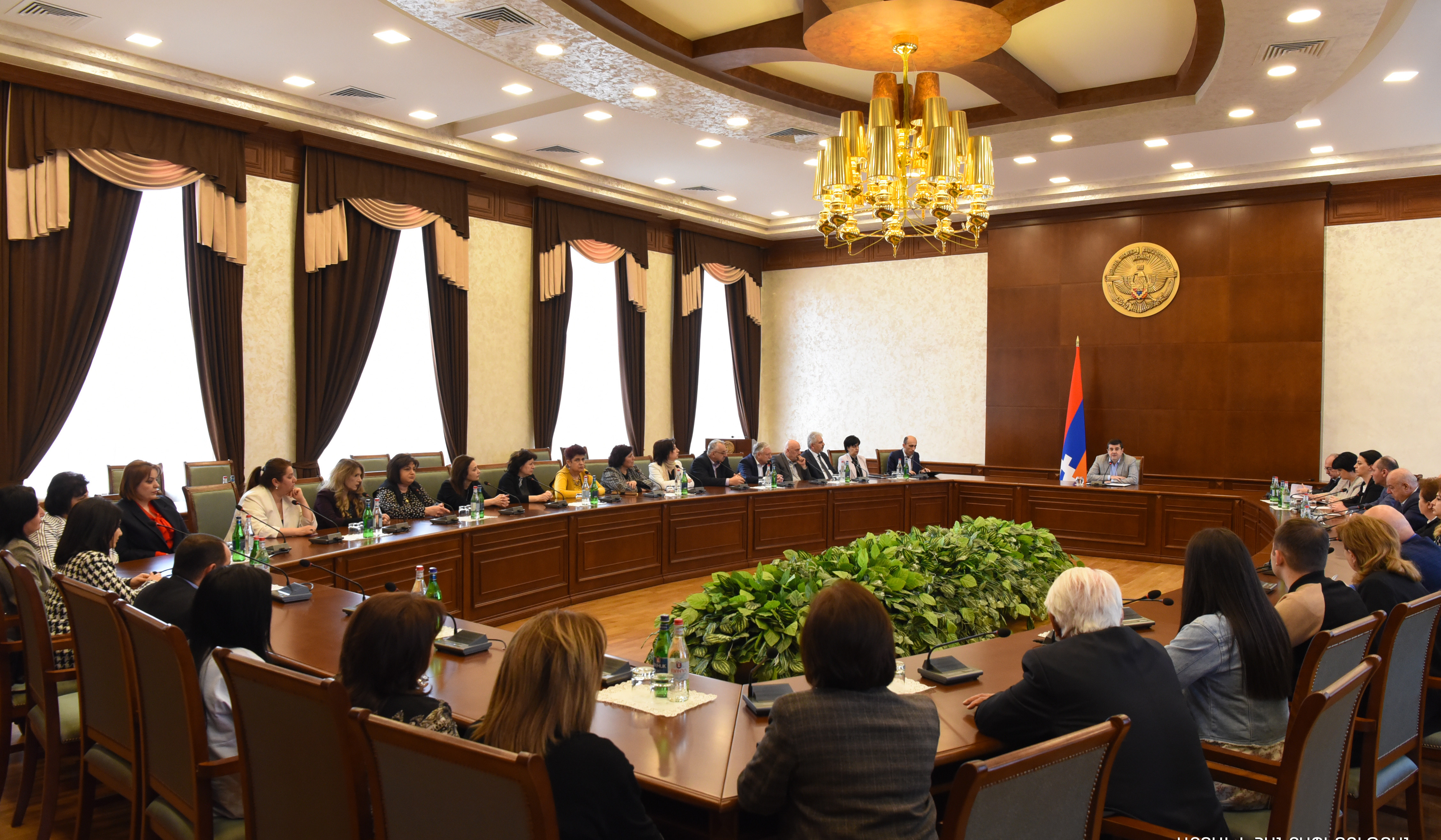 On 16 April, President of the Artsakh Republic (Nagorno-Karabakh) Arayik Harutyunyan received members of the Academic Council of the Artsakh State University.

Issues related to the region in the context of recent geopolitical events were discussed. Presenting the challenges facing Artsakh, President Harutyunyan spoke about the steps being taken.

“Artsakh continues to fight for the realization of its right to self-determination, without interrupting the process of independent state-building,” the Artsakh President said, detailing the risks, vision and strategy related to Artsakh's future.

“After the 44-day war, the new security system of Artsakh is being formed in cooperation with the Russian peacekeeping troops. Peacekeepers are involved in resolving issues on the line of contact. Expecting an increase in their number, we are simultaneously improving our own security mechanisms,” he said.

Issues related to the socio-economic development of Artsakh, the improvement of the demographic situation, the problems in the scientific-educational sphere and the problems in public life were also discussed.